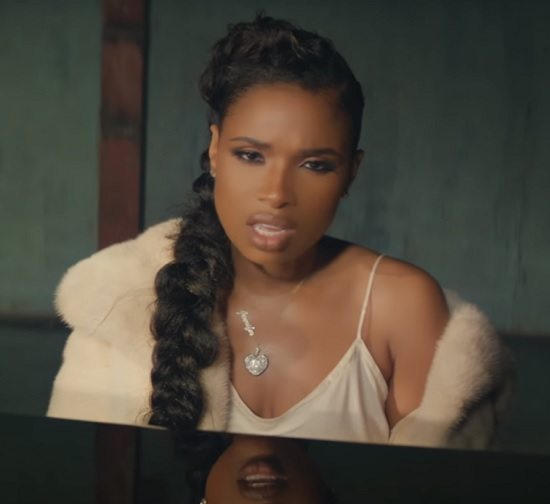 Jennifer Hudson has had a pretty solid 2017, what with a GRAMMY Award win for Best Musical Theater Album her Broadway turn in The Color Purple and appearing on both the UK and US versions of The Voice. However, in recent months, J-Hud's name has been in the headlines for all the wrong reasons, namely the messy split from her longtime fiancé David Otunga and an almost nasty custody battle between the two. Perhaps channeling that recent heartache, Jennifer has dropped her emotional new ballad, "Burden Down."

Just like her other single she released this year, "Remember Me," "Burden Down" relies heavily on Jennifer's powerful vocals. However, this go 'round, it's Jennifer in her purest form — just her voice and the piano. She takes advantage of the simple pairing, wringing every bit of emotion from the lyrics. "I'm a river/I keep runnin' on/I'm a pillar you got used to leanin' on," she sings. "Underneath it, there's a person/I'm a woman/And I'm hurtin'/Plus I feel like I'm holdin' up the world." The ache of her vocal is present both on wax and in the song's video. Playing off the simpleness of the production, Jennifer takes it further with just her and a baby grand piano on an otherwise empty set. However, she ups the stakes in the clip by stepping away from the piano, standing flatfooted in front of the camera and belting the final bit of the song like her life depended on it.

With two dynamic singles released, we still have no word about what her next project will be named on when it's arriving. Still, we'd be foolish if we didn't have our eyes and ears open for something new from Jennifer Hudson in 2018. In the meantime, listen to "Burden Down" via Spotify and check out the song's video below.