K. Michelle Just Wants To Be Black Like ‘Kim K’ 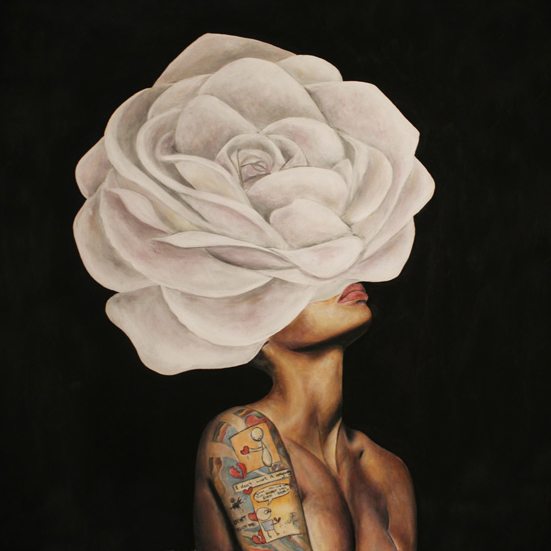 K. Michelle always has time to address her haters and motivators. We’ve laughed at her witty comebacks, chuckled about her Twitter battles and been somewhat amused by her feud with fellow R&B diva Tamar Braxton. Of course, while this has been entertainment for us, all this drama is her real life. No matter which side you take in her battles, it all comes from a place of hurt. While her latest single, “Kim K,” sounds like Kimberly might be trying to go to war once again, it instead finds her using Kim Kardashian and her family as a metaphor to pop off on her haters and express her pain.

“I wish I could be a Kardashian so I could be black,” she laments. K. Michelle feels she can’t be herself or human because of all the haters to the left and the right of her. Sprinkled with urban pop culture references, Ms. Pate compares her own public battles and woes with those of the infamous family. "Black girl who's angry / Media can't stand me / I may never get that GRAMMY / But I'ma feed my family," she shares using the rap/sing flow she's adopted as of late. Oxymoronically, the big mad K. Michelle lays out her feelings over a sample of the infamous piano loop from DeBarge’s “A Dream,” more famously used as the soundbed for 2Pac's “I Ain’t Mad at Cha.”

“Kim K” is the latest single from K. Michelle’s upcoming album Kimberly: The People I Used To Know, due for release on December 8th. Previous singles include “Make This Song Cry,” “Birthday” and “Either Way featuring Chris Brown. You can pre-order the album now on your favorite digital retailer. For now, hit play and see if you, too, want to be like "Kim K."