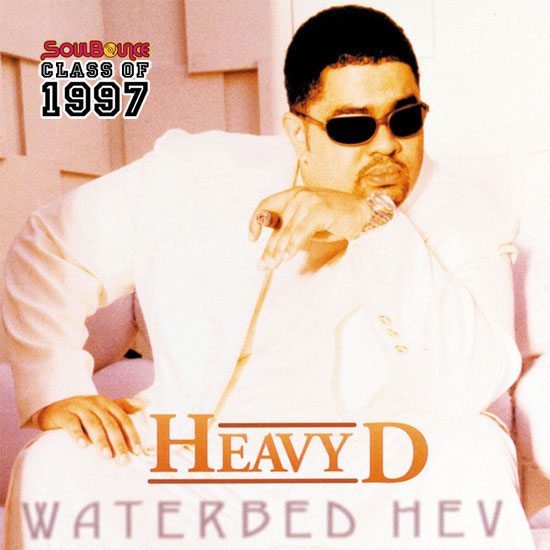 In 1997, a change came for Heavy D & The Boyz. After 10 years coming up in the game together and five albums to their credit, Heavy D decided to part ways with Edward "Eddie F" Ferrell and Glen "G-Whiz" Parrish and go solo dolo. Heavy D's sixth overall album release and first solo recording was the album Waterbed Hev, and although his Boyz weren't in the mix, his "Overweight Lover" persona was still in full effect.

Around the time of the release of Waterbed Hev, Heavy D was president and CEO of Uptown Records, holding the historic distinction as the first rapper to head a major label. His position as the bossman didn't negatively effect his music once he got back in the studio, however. Heavy D produced the album with Tony Dofat, and they created a slick yet fun project led by the single "Big Daddy." The lead track found Heavy spitting his best game to his lady over a smoothed-out, hip-hop soul track and an unforgettable R&B chorus ("Driving in your Caddy, you can be my big daddy"). He'd flip the script with the "Big Daddy - Remix Version" that sampled Soul II Soul's "Back To Life," featured a verse from rapper McGruff and ended the album with a banger. Singles "Keep It Comin," "I'll Do Anything" and the title track furthered his loverman agenda and expertly blended classic soul and R&B samples into his hip-hop gumbo. Aside from the singles, there were numerous jams amongst the album cuts, including "Don't Be Afraid" with Big Bub and "Can You Handle It" featuring members of Tha Dogg Pound. Throughout it all, Heavy D flowed as fly and confident as ever.

Waterbed Hev may not be considered a classic album in the Hevster's catalog, but listening to it 20 years since its release, it has aged very well. Heavy would go on to drop three more solo offerings before his untimely death in 2011 weeks after an epic performance at the BET Hip Hop Awards that left everyone hyped for a comeback. That comeback would never come to pass, but Heavy D left us with nothing but good music and great memories.