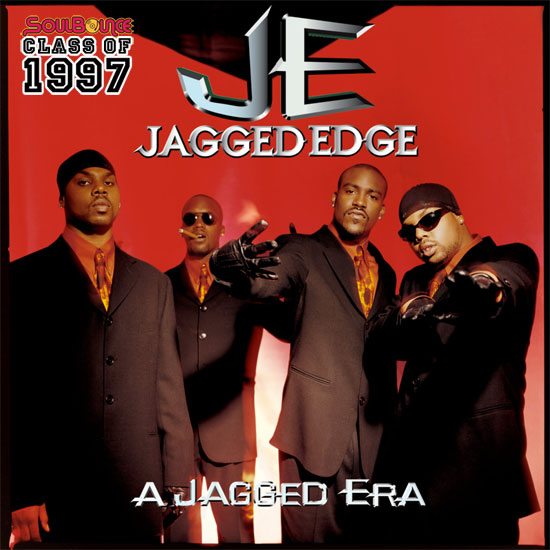 Twenty years ago, the world was introduced to the Atlanta quartet Jagged Edge, comprised of twin brothers Brandon Casey and Brian Casey, Kyle Norman and Richard Wingo. In October 1997, the group debuted with the album A Jagged Era, which was released in a partnership with Jermaine Dupri’s So So Def label and Columbia Records. The project, produced by Dupri, was 10 tracks of R&B goodness with a bit of hip-hop mixed in for a bit of, well, edge.

Standouts on A Jagged Era included the singles “I Gotta Be” and “The Way That You Talk” featuring Da Brat and JD, as well as the group’s cover of The Gap Band’s “Wednesday Lover.” "I Gotta Be" was the highest charting single and has become the most memorable track from this collection, showcasing the foursome's killer harmonies. The slow jam-heavy album only came in at No. 104 on the Billboard 200 at its peak, it did climb to No. 19 on Billboard's Top R&B/Hip-Hop Albums chart. Despite its so-so performance on the charts, the project was certified gold, and A Jagged Era gave fans a peek at what would become the group’s signature sound and knack for creating baby-making music.

Each of the eight albums that followed A Jagged Era have been guaranteed to contain certified slow jams, whether they were released as singles or embedded as album cuts. The group has managed to create their own lane and maintain their unique sound, flavor and swag, making it difficult to compare them to their contemporaries, including fellow Atlanta natives 112, the bad boys of Jodeci and superstars Boyz II Men. Despite negative press and rumors of unruly behavior both on and off-stage over the years, one thing that is not up for debate is the longevity of the group and the consistency of their music. To commemorate the 20th anniversary of their debut, Jagged Edge released the album Layover in 2017, in the hopes of beginning a new era.