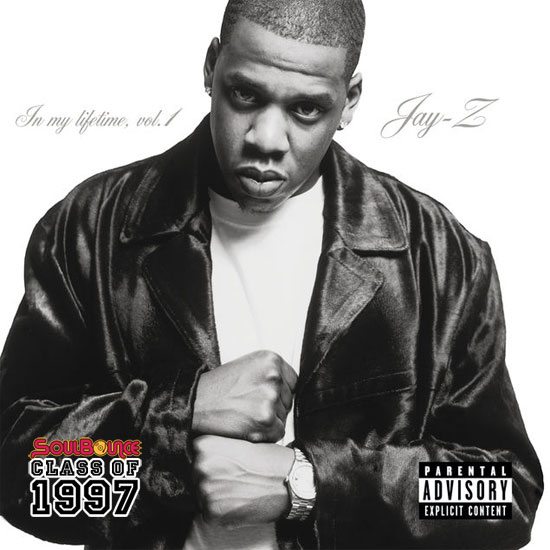 In November 1997, we were blessed with the second of many classic albums to come from the one and only, Shawn Carter, better known as Jay-Z. A strong follow-up to his 1996 debut album Reasonable Doubt, In My Lifetime, Vol. 1 was Hova’s second studio album to be released by Roc-A-Fella Records and Def Jam Recordings. The project touted production credits from heavyweights such as Buckwild, Teddy Riley and Sean “Diddy” Combs, as well as features from Lil Kim, Foxy Brown and Too $hort. The album was 14 tracks of raw hip-hop genius, with a bit of R&B sampling and a few catchy hooks to soften things up just a bit for the ladies. The singles released from the project included “Who You Wit,” “(Always Be My) Sunshine” featuring Babyface and Foxy Brown and “The City Is Mine” featuring Blackstreet.

In My Lifetime, Vol. 1 debuted at No. 3 on the U.S. Billboard 200 chart, No. 2 on the Top R&B/Hip-Hop Albums chart and each of the album’s singles reached multiple charts as well. Hov has gone on to release 11 more studio albums, all of them reaching at least platinum status. This summer he dropped his 13th album, the No I.D.-produced 4:44, his most introspective and personal project to date and followed the set up with an impressive North American tour. As of July of this year, Jigga has sold 36.3 million copies of his albums in the U.S. alone. Though we tend not to pay much attention to mainstream accolades, the fact that his tracks have hit the Billboard Hot 100 chart 96 times, which is the fifth most in the history of the chart, is nothing to sneeze at.

Over the years, Hov has diversified his dealings and expanded his influence beyond music to fashion, sports, film and television. A savvy businessman with the mind of a hustler, Jay-Z has solidified his position as one of the absolute best to ever do it, in and outside of hip-hop.