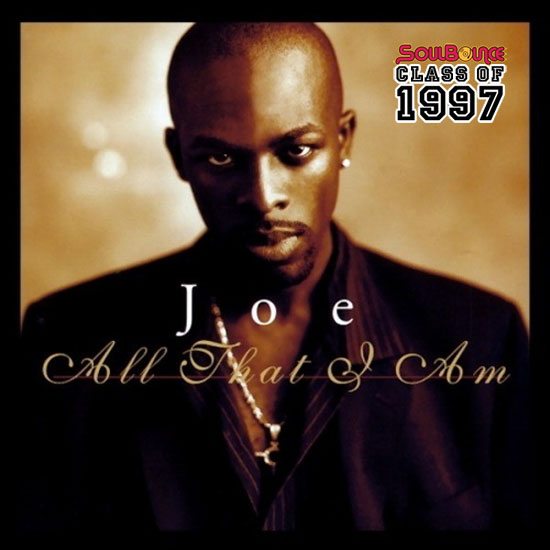 In 1997, R&B artists were vying for the top spot on the charts, competing in a landscape of gimmicks and clichés. To set themselves apart, strong vocals and straight-to-the-point lyrics were key, and that's exactly what Joe possessed. The crooner garnered a following from his debut album Everything in 1993 and cemented his place among top R&B artists with his sophomore LP All That I Am. The platinum-certified project released in 1997 was Joe's first album after signing with Jive Records and was considered his breakthrough project. With his signature voice and love on the brain, Joe carved his own lane as a consistent crooner with lasting power despite his competition.

All That I Am features two tracks that found their way onto movie soundtracks, expanding Joe's reach to multiple audiences. The first single "All the Things (Your Man Won't Do)," originally featured on the soundtrack of Don't Be a Menace to South Central While Drinking Your Juice in the Hood, was certified gold and reached No. 2 on the U.S. R&B chart. The album also featured "Don't Wanna Be a Player," which appeared on the soundtrack to 1997 film Booty Call and reached No. 5 on the U.S. R&B chart and No. 25 on the Hot 100 and earned Joe another gold plaque. The track also went on to get a second wind, thanks to rapper Big Pun's "Still Not A Player" refix the following year. On the rest of the album, Joe created classic ballads that still reside on romantic playlists across the country. "The Love Scene," "Good Girls" and the album's title track all made Joe a Quiet Storm king.

All That I Am was certified platinum and reached No. 13 on the Billboard 200 albums chart and No. 4 on the Billboard R&B Albums chart and is overall a beautiful collection of R&B that can still be enjoyed all these years later. Since releasing his sophomore LP, Joe has gone on to release 10 more, most recently #MYNAMEISJOETHOMAS in 2016. He's also collaborated with the likes of Mariah Carey, Brandy and Kelly Rowland, to name a few, and he remade Adele's "Hello" with a soulful take that truly bested the original. While he's honestly never received the accolades and awards he's deserved, Joe can easily be recognized as one of the most consistent R&B singers of his generation.

Joe All That I Am [Amazon][iTunes][Google Play]