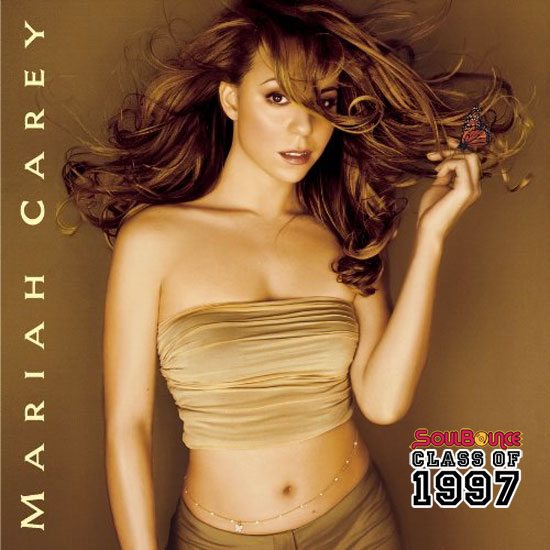 We've covered some truly unforgettable albums during the eight-year span of our "Class Of" series. But if we were to pause right now and crown a Homecoming Queen, the honor would undoubtedly go to Mariah Carey, a mainstay of our annual retrospective. From 1990-1996, the inimitable chanteuse released five hit albums that chronicled her rise from talented newcomer to established superstar. Yet, as impressive as her career had been to this point, it wasn't until the 1997 release of her multi-platinum-selling sixth studio album, Butterfly, that we would truly witness her growth as an artist.

Mariah's separation and subsequent divorce from (then) Sony head Tommy Mottola delivered the creative freedom that eluded her on previous albums. She seized the opportunity to shift the direction of her career. But it wasn't so much an evolution as it was a coming out party – the real "emancipation of Mimi" as it were. Carey put her love for hip-hop/R&B on display and it paid off big time, particularly with urban audiences. Where previous tracks like the Ol Dirty Bastard-featuring remix of "Fantasy" invited her to the cookout, Butterfly gave her a permanent seat at the table thanks to behind-the-scenes work from Sean "Puffy" Combs, Q-Tip, Stevie J, Missy Elliott, Trackmasters and Jermaine Dupri, appearances by Wish Bone and Krayzie Bone (of Bone Thugs-n-Harmony) and Dru Hill, plus prominent remixes that featured Ma$e, The LOX, Mobb Deep, Da Brat and more. Not to mention a makeover that did more than just show off her assets, it showed she could hold her own on the dance floor and displayed a confident woman ready to embrace her sexuality.

Arguably, the vocal and visual appeal of the "new Mariah" was most evident on tracks "Honey" and "Breakdown." The former, with its Bad Boy coating and Bond Girl-esque Paul Hunter video, became the album's first number one single (her twelfth, overall). But "Breakdown" sealed the deal as she impressed us with an unexpected Bone Thugs collabo and a never-heard-before vocal style that will forever claim "Top 5" status for this writer's favorite Mariah songs. We also saw a saucier side of the singer on "The Roof" and "Babydoll."

For all its "urban appeal," Carey didn't completely abandon her pop label. The album's biggest seller was "My All," an emotional ballad developed with longtime partner Walter Afanasieff. Meanwhile, autobiographical tunes like the inspirational title track "Butterfly" (and it' David Morales-produced alter ego "Fly Away (Butterfly Reprise)"), beautifully vulnerable "Close My Eyes" and childhood reflection "Outside" tugged at the heartstrings.

Ironically, our least favorite song is the one track not written or co-written by Mimi, Prince's searing Purple Rain ballad "The Beautiful Ones." It was passable in 1997, but somehow, now that the mayor of Paisley Park is gone, it just doesn't hold up. Nevertheless, we must agree with Ms. Carey's recent assessment, "Butterfly is my favorite album. It's the most personal work I've ever done and will always be a defining moment in my career and in my life." As career missteps, label drama and personal issues began to overwhelm the songbird, it would take almost 10 years for her to have another critical and commercial success via her tenth album The Emancipation of Mimi. But through the ups and downs of her career, Mariah remains an industry powerhouse (with the most number ones of any solo artist) and one of our favorite living legends.