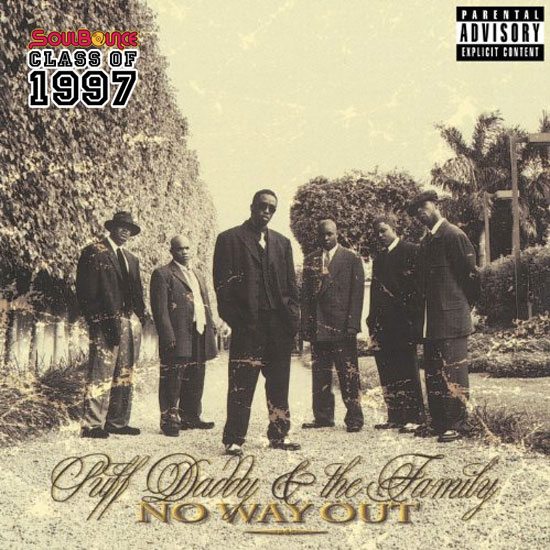 The first and second singles released from Puff Daddy & the Family’s debut album, No Way Out, are basically the tale of two albums. When the lead single, “Can’t Nobody Hold Me Down” first dropped in January 1997, life was good for the Bad Boy team. Lil’ Kim had just released her now-classic debut, Hard Core, just a few months earlier. Meanwhile, the label's marquee aritst, rapper The Notorious B.I.G. was poised to drop his highly-anticipated sophomore album, Life After Death, in March. Then everything changed in the blink of an eye when Biggie's short life was snuffed out on March 9, 1997. Suddenly, the fun-loving, name-dropping lavish lifestyle that would likely have permeated No Way Out seemed trivial, leaving the collective grappling with the tragic death of the late rapper.

Not long after his death, Puffy hit the studio to record the heartfelt tribute to his fallen friend, "I'll Be Missing You." The rap ballad featured Biggie's widow Faith Evans and 112 and managed to capture the raw emotions left behind in the wake of their loss. The melancholy ode eventually became No Way Out's second single and was felt all across the world as the song was quickly propelled to the top of the charts in the U.S., the U.K., Australia, Ireland, Germany, Italy, Netherlands, New Zealand and more. It also became one of the few songs to debut at the top spot on the Billboard Hot 100.

The introspective tone of "I'll Be Missing You" became a recurring theme throughout the album. Tracks like "Do You Know?," "Pain" and "If I Should Die Tonight" found Puff and friends pondering more serious subject matter while revealing a vulnerability that was not readily associated with the hip-hop realm at the time. Although Biggie still maintained a larger-than-life presence on the album, appearing on several songs recording before his death, No Way Out provided Puff with a vehicle to put artists like Carl Thomas, The LOX, Black Rob and Ma$e front and center. He also enlisted the help of then-rising star Jay-Z, Foxy Brown and Busta Rhymes on the album.

Inviting the world to mourn along with him quickly translated into sales for the music mogul with the album reaching No. 1 on the Billboard 200 in its first week. It would eventually go on to be certified septuple platinum by the RIAA, making it Puffy's most commercially successful album to date. Although that is little consolation to the life that was lost, it continues to help keep the legacy and memory of Notorious B.I.G. going strong.

Puff Daddy & The Family No Way Out [Amazon][iTunes][Google Play]