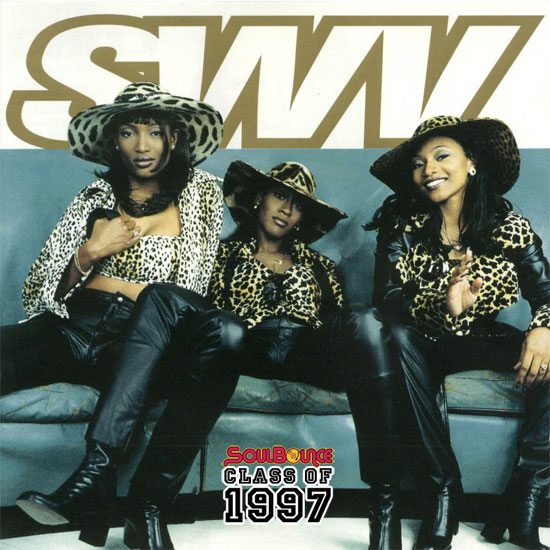 Debuting during the New Jack Swing era,  SWV were no longer fresh voices in 1997. They shocked, awed and serenaded audiences with songs like the ode to oral pleasure, "Downtown," man-stealing anthems like "You're the One" and Quiet Storm staples like "Weak." Times had changed and the ladies were just trying to keep up. For their third album, Release Some Tension, they decided to change up the writers and producers who previously brought them hits, going for the biggest names of the day. They had experimented with breakout success with their first two albums but still kept the sound that made the ladies a household name. Release Some Tension took the girls even further out of their comfort zone, for better and for worse.

Songs like “Lose My Cool” featuring the grimy Redman and “Can We” featuring Missy “Misdemeanor” Elliott, originally a hit off of the Sprung soundtrack, were welcome surprises from the divas. Even the Timbaland and Missy copycat track "Come and Get Some" featuring E-40 wasn't unwelcome on the tracklist.  However, a number of tracks followed the tried, true and, at this point, tired New York mafioso hip-hop sound. “Love Like This” featuring Lil Cease, which used the same beat as “Crush On You,” and “Give It Up” featuring Lil Kim felt derivative instead of innovative. Lead singer Coko was even quoted as calling the Puff Daddy-produced “Someone,” the first official loosie from the project, "a half-a**ed single.” In truth, it did feel like a song that Mariah Carey passed on. And in fact, much of the album outside of a few tracks felt generic and could have been sung by anyone.

Despite featuring some of the biggest names in music at the time, Release Some Tension was not the monster album you’d expect. It sold a respectable half a million copies, but it didn’t live up to the platinum success of A New Beginning or the multiplatinum success of their debut, It’s About Time. Like many albums that were produced in 1997, it fell in line with what was popular without finding its own direction. That’s not to say the album was without its charms. “Can We” was and always will be the jam, and “Rain” became one of their signature songs. It would be the trio’s final album before their reunion album, I Miss Us, in 2012, which itself helped usher in a renaissance of the comeback albums by '90s groups.