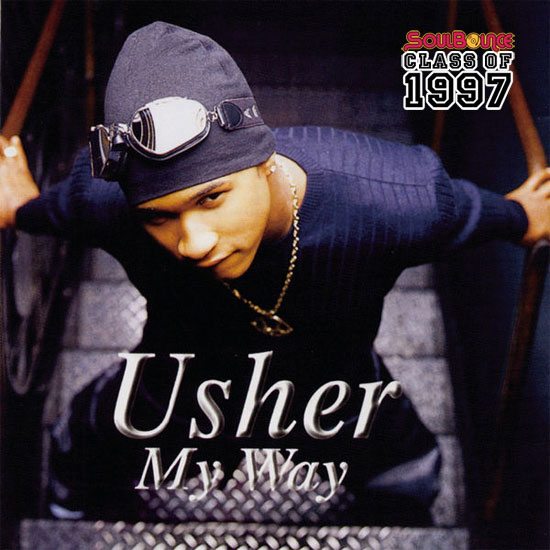 Usher’s 1994 self-titled debut album, executive produced by Sean “Puff-Daddy” Combs, was largely forgettable with the exception second single,“Think of You,” and a way too sexual song for a teen “Can U Get Wit It.” Unfortunately for Ursh, at the time he was the runt of the heavy-hitting LaFace Records roster. Mentor and label head L.A. Reid decided to link his young protégé up with production maestro Jermaine Dupri. The producer already had a track record for working with younger artists and producing platinum hits. The end result was not only a multi-platinum album but a career-defining project for young Usher.

Named My Way as a subtle reference to Frank Sinatra’s infamous song, the album was Usher establishing himself as an artist according to his own rules. A little older and a little wiser, he had a bit more say on the project. JD also engaged him in what was going on in his personal life to create more authentic songs for the teen heartthrob, who co-wrote six of the songs on the project. Dupri handled the lion’s share of the album's production, crafting hits like “You Make Me Wanna” and “Nice & Slow,” along with a number of other uptempo jams. Meanwhile, Babyface came through with more age-appropriate baby-making music with a cover of “Slow Jam” featuring Monica and “Bedtime.” In addition, the album also established Usher as a dancer, with the video for "You Make Me Wanna" showing off his moves.

Although some called My Way a bit uneven, no one could deny the impact of the album at the time. Debuting at No. 15 on the Billboard 200 chart, the album eventually rose to No. 4 and spent 79 weeks on the chart. It eventually sold more than 7 million copies worldwide. The project also spawned the Usher Live album, which came in 1999. My Way turned Usher from a precocious whippersnapper whose videos played on BET at 3 in the afternoon to an MTV TRL darling with legions of girls throwing themselves at him at concerts, malls and in the middle of the street. Since then, the star hasn’t done too bad for himself, constantly reinventing himself and his sound to better serve his maturing fans.