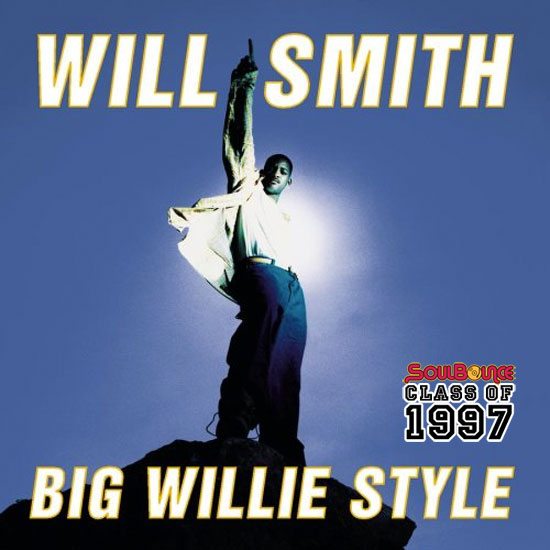 By 1997, Will Smith was light years away from from his humble debut just a decade earlier. Now a triple-threat, the Philadelphian had achieved worldwide fame: 1) as one half of Grammy-winning rap duo DJ Jazzy Jeff & The Fresh Prince; 2) as a breakout star of his own NBC sitcom; and more recently, 3) as a bankable box office draw thanks to blockbuster hits like Bad Boys, Independence Day and Men In Black. Despite all of this, deciding to release his solo debut, Big Willie Style, was a big gamble. On one hand, his rising fame meant the deck was already stacked in his favor. But if the album flopped, it could fold his music career and validate the chorus of naysayers who claimed he didn't make "real rap music" (word to Keith B-Real).

What better way to prove he had a winning hand than with lead single "Men In Black?" The song pulled double-duty as Smith's first solo single and the titular theme for his summer movie smash (propelling the soundtrack to No. 1 and multi-platinum status). With an irresistible sample of Patrice Rushen's classic "Forget Me Nots" and a soulful hook by SWV's Coko, the song was unstoppable and earned Will his first solo GRAMMY Award. Although another MIB track, "Just Cruisin'," was released as a moderately successful commercial single (technically, the song wasn't included on the U.S. version of BWS), the album's "true" second single, "Gettin' Jiggy Wit It," mirrored the success of "Men In Black." Built upon a groovy sample of Sister Sledge's "He's the Greatest Dancer," the feel-good track was a global party-starter that claimed Billboard's No. 1 spot and earned him his second GRAMMY.

The next two singles – Bill Withers-flip "Just The Two of Us," a heartwarming tribute to his son Trey Smith and "Miami," The Whispers-sampling summer sizzler released in the dead of winter – were also very well-received and continued Smith's chart dominance. The rest of the album contained memorable cameos by Larry Blackmon and Cameo ("Candy"), Camp Lo (who released their own debut earlier that year and guested on "Yes Yes Y'All"), Lisa "Left Eye" Lopes for the title track and Jamie Foxx with comic relief as Keith B-Real. Even wife Jada Pinkett Smith made a brief appearance (though he references her multiple times throughout the album). Additionally, production by his lifetime partner/friend DJ Jazzy Jeff, hit-making team Trackmasters, a couple of ghostwriting credits for Nas (including "Chasing Forever") and a healthy dose of braggadocio helped lend an air of hip-hop authenticity.

Regardless of critically mixed reviews, there was no denying that Will developed a winning formula: Clean-cut rhymes x Old-school soul jams/disco grooves + Unlimited use of the phrase "Ha Ha" + Video Swagger = 9x Platinum Triumph. And while some of the songs might seem cheesy 20 years later, overall, it's easy to see why Big Willie Style remains his most successful solo project to date. Will Smith still pops up on the music scene occasionally. But even if he never releases another album, his children (Jaden Smith and Willow Smith), box office clout, multiple awards and philanthropy ensure that his legacy is a lasting one.