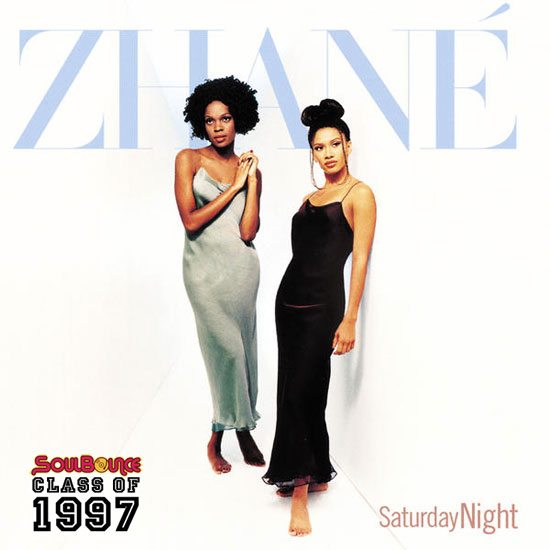 The term "neo-soul" wasn't coined when Zhané released their debut album Pronounced Jah-Nay in 1994, but by the time their sophomore album Saturday Night dropped in 1997, it was a description that aptly described their new music. Renée Neufville and Jean Norris smoothed out the hip-hop edge found on their debut for a more soul and jazz-influenced project with Saturday Night. This was the soundtrack to a mid-'90s Saturday night spent with friends drinking wine in your first home instead of running the streets like you all did a few years before while bumping "Hey Mr. DJ" and "Groove Thang."

Although their music's overall vibe shifted, Zhané did include a little hip-hop seasoning into the mix on this collection. The album's title track feautring The LOX was fit for a party mix as was the lead single "Request Line," which was tailor made for a two-step on the dance floor. Zhané kept the groove going with a contemporary cover of Chic's disco anthem "Good Times." The ladies mellowed things out for their second single "Crush," where Renée and Jean traded verses about crushing on someone something fierce. The first half of the album was rounded out by soulful head-nodders "So Badd," "This Song Is For You," "Just Like That" and "Last Dance." The latter half of the album was led by third single "For the Longest Time," an awkward cover of Billy Joel's "The Longest Time." Although that song didn't really work for the duo, it segued into the quiet storm portion of set with highlights including jazzy numbers "Rendez-Vous" and "My Word Is Bond," "Temporary Thing" and album closer "Piece It Together" featuring Will Downing and Najee.

Saturday Night was a solid effort that climbed to No. 41 on the Billboard 200 and hit No. 8 on the R&B Albums chart. Unfortunately, Zhané's second album would also be their last together as a group. Although Renée and Jean parted professional ways in the'90s, both artists have gone on to record individual projects and work with other musicians over the years. Renée Nuefville released her official debut single "Watching Me" in 2015 and has worked extensively with Roy Hargrove's band The RH Factor. Jean Norris is now Jean Baylor after marrying drummer Marcus Baylor, and the couple perform together as The Baylor Project. The duo are currently nominated for two GRAMMYs at the 60th Annual GRAMMY Awards.

Despite going in different directions, the sis-stars of Zhané both continue to shine.