SZA Goes Minimalist For ‘The Weekend’ 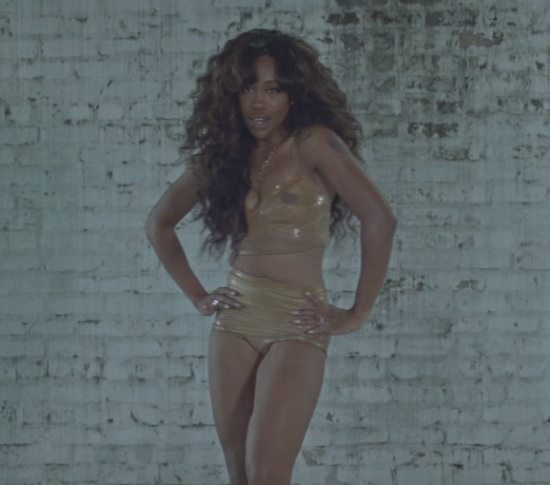 Well, after a long wait, "The Weekend" Is finally here (and we're not just talking about the end of the week). Fans took to SZA's track about being the other woman in a rather complicated romantic situation almost as soon as her debut, CTRL, dropped. So much so that they made the song — which was never officially released as a single — go platinum in the process. Now the singer has dropped the Solange Knowles-directed clip for the song just three days before Christmas. Happy holidays to us!

It appears that, rather than go the obvious route with a literal interpretation of the lyrics, the twosome decided to lean in a more artistic direction for the video. It opens with our girl Solana standing on a balcony, her wild hair being swept by the wind. As the opening synths vamp, a poetic statement is flashed on the bottom of the screen in increments: "one opted out/an imbalance of power, shifted the whole tide/it waved/and waved." Soon after, the bass drops and we're shown SZA alone in various outfits against minimalist backdrops — including virtually empty parking garages, spacious and sparse rooms and in front of beautiful architecture. Of course, like with many of Solange's own videos, what these motifs mean is up to your own interpretation.

While we can't really say this is exactly what we expected from the long-awaited video, but damn if it isn't an interesting thing to watch. Get a look at SZA and Solange's artsy interpretation of "The Weekend" when you press play.


TAGS:  solange, Solange Knowles, SZA
Previous: Omarion Shares His ‘#Nudes’ With Us Next: Kendrick Lamar Shows Us His Version Of ‘LOVE.’