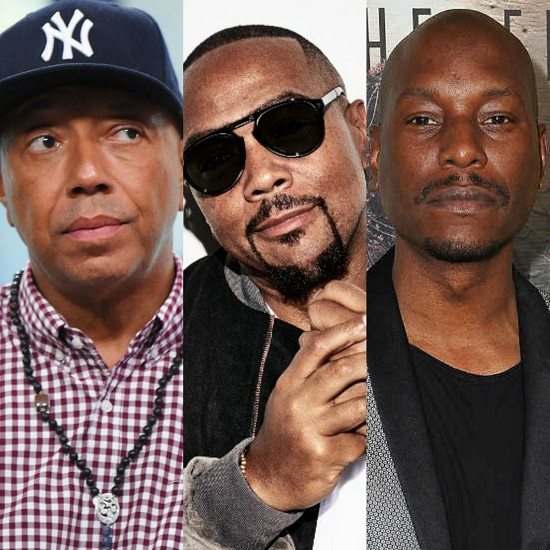 We took a break for a minute, but now This Week In SoulBounce is back with the jumpoff! Did you miss us, because we missed you! What we didn't miss, though, was all this music news. There have been quite a few developments that have been revealed since Turkey Day, so why don't we just get to it. First, and perhaps most surprising, Def Jam founder Russell Simmons has joined the parade of men caught up in the sexual misconduct scandal rocking pretty much every industry and was forced to step down from all of his companies. In another shocker, superproducer Timbaland revealed that he once battled with an addiction to prescription painkillers. Then there's the usual foolywang coming from your boy Tyrese, who has essentially admitted that he's been lying to us about more than a few things. We've also got a few other items, including Q-Tip's big mad reaction about the recent GRAMMY nominations, baby news from two of our favorite couples, Ryan Leslie's big legal L, Mary J. Blige's most recent accolade and much more. Get into it all when you read on.