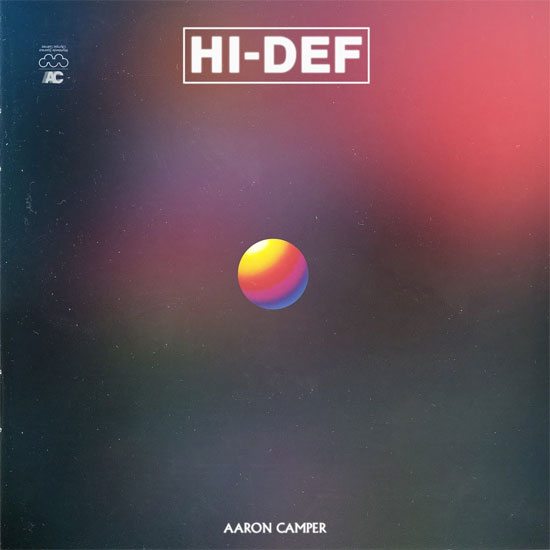 In the latter half of 2017, Aaron Camper released a steady stream of new material, dropping a single a month between August and November. He got us open with back-to-back tracks "Heat," "High $ Habit," "Fire" and "So Cold," which showcased the breadth of the Bounce-Worthy alumni's talent on songs that were funky, sexy, cool. Aaron assured fans that these singles were samples of a new EP that he'd be releasing, and he finally delivers on that promise with Hi-DEF.

The eight-track project features the four previous releases and four fresh songs that all explore different sounds and vibes in a surprisingly cohesive collection. Hi-DEF kicks off with new joints, "Inhale" and "Commandments," that find the crooner singing about matters of the heart and a woman who has broken his. Aaron reminisces about a lost lover on "Inhale" who never really loved him at all over a sound bed of guitars and background harmonies. On "Commandments" he warns, "Never share your heart with a savage," and even interpolates a bit of Dido's "Thank You" into the mix on the outro to let said savage know that at the end of the day there are no hard feelings. Camper picks up the pace with more uptempo numbers "High $ Habit," "So Cold" and "The Heat" to dance his relationship woes away. However, he's back in his feelings for the wavy, bass-heavy "8 Bit Mattress" with his ex and her sex heavy on his mind. He decides to get over her by getting under someone else and is on to the next by the time he gets to "That Body." He takes us on a high-energy, Latin-meets-Afrobeat excursion that settles into a jazzy neo-soul number for its second half. The tropical vacation and vibes continue on "Fire" and, like most epic trips you never want to end, the song signals the completion of the EP but you can easily press rewind to return to this destination.

Aaron Camper's Hi-DEF is a strong body of work from an artist who rarely disappoints. This EP will satisfy long-time fans and serve as a fine introduction to any late-comers. Hi-DEF is available on all streaming services and for purchase on Amazon, iTunes and Google Play.


TAGS:  aaron camper, audio
Previous: Tinashe Wants ‘No Drama’ As She Prepares For Her ‘Joyride’ Next: Justin Timberlake Takes Us On A Post-Apocalyptic Journey For Some ‘Supplies’