Brandy Gets Us Ready For Her ‘Brave’ New Year 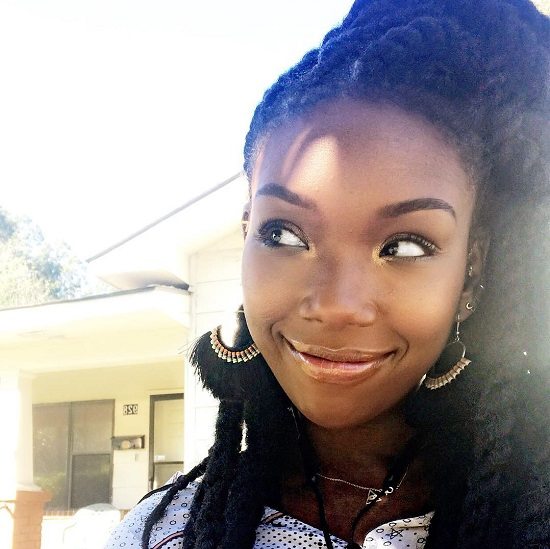 Like many of us, last year saw Brandy going through some ups and downs (though hers were far more public). Still, through all the triumph and the drama, the "I Wanna Be Down" singer has maintained a positive outlook. Her 2018 looks to be quite promising, with a recurring role on FOX musical drama Star set to air soon and swirling rumors that she has new music on the horizon. Perhaps that's why she's kicking things off on an optimistic note by gifting her fans with a short-but-sweet cover of Sara Bareilles' 2013 hit single "Brave."

Brandy's cover of the song keeps pretty in line with the original. It pairs her slightly raspy voice with jovial piano as she sings the song's opening verse, infusing the words with her own meaning through the colorful tone of her vocals. “You can be amazing / You can turn a phrase into a weapon or a drug," she sings. "You can be the outcast / Or be the backlash of somebody’s lack of love.” But when she gets to the song's chorus, you get the since that she's speaking both to her fans and herself as she sings, "Say what you wanna say / Let the words fall out / Honestly, I wanna see you be brave."

Linking to the song on Twitter, she prefaced it with this message, "For my beautiful fans, be #Brave.” Here's hoping that we all heed her advice as we continue through the course of the year. Check out her cover of "Brave" below.


TAGS:  audio, brandy, sara bareilles
Previous: Black Eyed Peas Return To Their Old Agenda With ‘Street Livin” Next: Jamiroquai Goes Out On The Town In ‘Nights Out In The Jungle’