Chloe x Halle Let Us Know ‘The Kids Are Alright’ 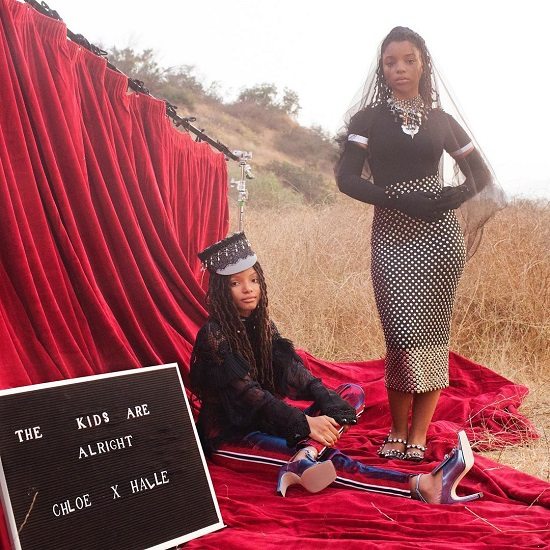 It's only January 3rd, but duo Chloe x Halle are already making us rethink our work ethic. The twosome already dropped one new single, "Grown" — which just so happens to be the theme for their new show grown-ish. Now, the young ladies have released their second single of the year with the youth-centric anthem "The Kids Are Alright."

For the track, they once again defy things as typical as genre, seeming to fuse pop and R&B seamlessly with their own unique style. It works, especially since the song is all about the youth of the current generation being able to forge their own way in modern-day society. "We don't really care about the trends you like to follow," Chloe x Halle sing in unison to begin the piece. "You know what they say / They're here today and gone tomorrow." They follow up by letting us know they can get "ratchet" and still turn around and give us some culture. As they tout their innovative abilities, they do something that's pretty unusual with the song itself. For most of the nearly three-minute number, there is no bass line or drums accompanying their vocals. In fact, they're only supported by airy synth chords and their own layered backing vocals. It's not until the track's final minute that the thump of drums is felt, and even then their introduced more as ornamentation than a crucial element to the song. The choice gives the song a hopeful, optimistic feeling as it keeps the sound pretty light and easy.

"The Kids Are Alright" is available for purchase now and you can listen to the track below. You can also catch it and "Grown" during tonight's premiere of grown-ish, which airs on Freeform tonight at 8 p.m. EST.