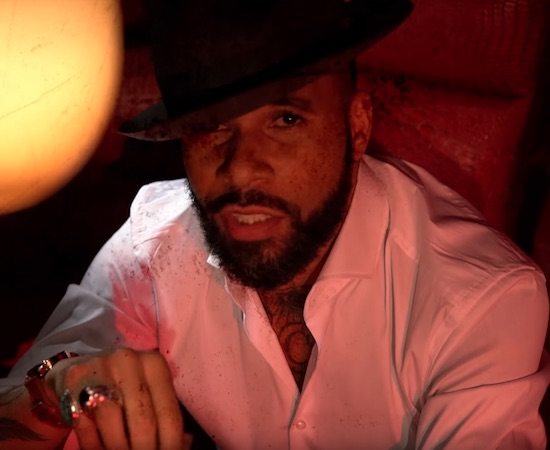 After an online shopper noticed an inappropriate H&M ad featuring a young, black boy donning a sweatshirt with the message "Coolest Monkey In The Jungle" on the front, Chris Classic sprung into action. The New York-based recording artist/producer with a large social media following decided to change the racist narrative of the boy's image by editing the H&M ad to include a crown on the boy's head and on the sweatshirt, covering its original design. After his image went viral, he decided to step it up a few notches by selling his own sweatshirt and putting this words to song for his latest track and video for "Coolest Monkey In The Jungle." Produced by Seige Monstracity, Chris uses his lyrical prowess to address racism and reinforce the fact that we're kings and queens.

The track, with a classic hip-hop beat as its foundation, helps elevate Chris' platform to encourage pride among people of color. On the uplifting track he raps, "So miss me with the barbershop comparison / Like only one n***a can rap witty and arrogant / Like I ain't out here trying to change the narrative / I broke the internet with that black boy magic / Black love, black power, black excellence / Black judge, black mayor, black presidents / Coolest monkey in the jungle huh? / Nah muhf***a, I'm the king of the world." *Insert mic drop here*

The accompanying music video reinforces his lyrics, as we watch Chris sit at a bar looking dapper while sipping on some Martell cognac. Images of Oprah, Dr. Martin Luther King, Jr., the less than diverse H&M board of directors and headlines featuring his edited image flash across the screen and the clip ends with a letter to the young black model.

Chris Classic has written, recorded and licensed countless titles for film, television and advertising and got his start from hip-hop pioneers Run-DMC in 1999. If you want to hear more from Mr. Classic, check out his SoundCloud account and mosey on over to his Instagram page to see what he's up to. Listen to "Coolest Monkey In The Jungle" and watch the video below to see if you get inspired and feel free to pass it on to the team at H&M.


TAGS:  audio, Chris Classic, Dr. Martin Luther King Jr., oprah, Seige Monstracity
Previous: Tuxedo Takes It To The Streets To Cut A Rug In ‘Fux With The Tux’ Next: SiR Heats Up The Winter With ‘Summer In November’