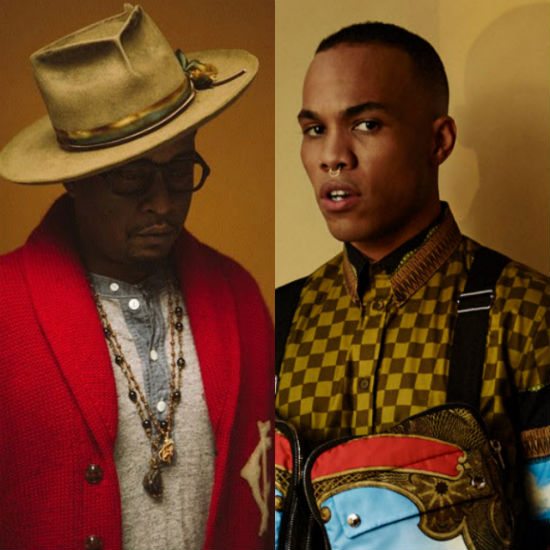 As the anticipation for the release of their self-titled debut album continues to build, Chris Dave and the Drumheadz have gifted eager fans with another single from the project. Following the tracks "Dat Feelin’" featuring SiR and the lead single "Destiny N Stereo" with Phonte, Eric Roberson and Elzhi, this latest release is another choice collaboration and certified jam. “Black Hole,” which features Cali’s own funk star Anderson .Paak, is pure stank-face music. From the first drum kick and the moment the horns begin blaring, the listener is drawn into a hypnotic, soul-filled zone laced with enough groove to get you to the dance floor and enough substance to spark a revolt.

"It's a brief overview of the black hole from the perspective of the everyday hustler just trying to escape falling into the belly of it," says .Paak. The band’s leader, drummer and all-around musical beast Chris Dave further explains, "'Black Hole' is a nonstop existence of striving for excellence amongst the constant turmoil that plagues us and our culture." “Excellence” seems to be another constant theme in not only the single, but the entire album and the band itself. The project features nearly 50 gifted musicians, including Pino Palladino (bass), Isaiah Sharkey (guitar), Cleo "Pookie" Sample (keys), Sir Darryl Farris (vocals) and Keyon Harrold (trumpet), forming the band’s core. Musical heavyweights James Poyser, Stokley Williams and Shafiq Husayn also contribute to this collaborative’s greatness, as well as an outstanding list of featured artists such as Bilal, Tweet and Goapele.

As we are mere days away from the release of Chris Dave and The Drumhedz’ debut LP, get on the good foot and give “Black Hole” featuring Anderson .Paak a soulful spin below. The full project, touted as the album Chris Dave has been building all his life, has already received critical acclaim from NPR Music, The New York Times, Billboard, Okayplayer, Uproxx and more. Ensure that you are among the first to hear it in all of its masterful, genre-blending goodness by pre-ordering it here ahead of its January 26th release via Blue Note Records.