Chromeo Dials Up A Collaboration With The-Dream With ‘Bedroom Calling’ 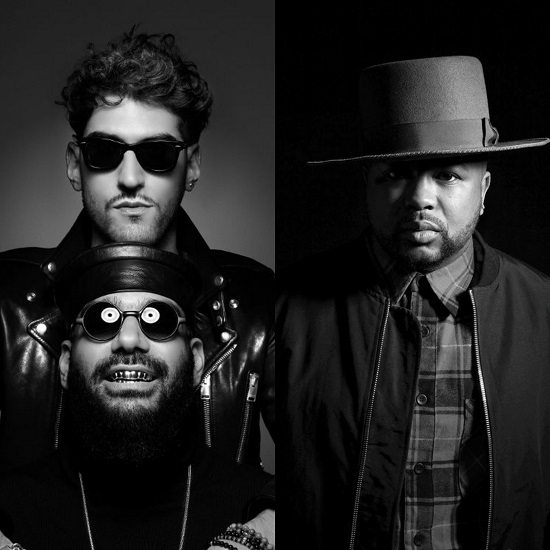 Quick, what do Chromeo and The-Dream have in common? Well, both acts mine the sounds of the '80s and update them with a modern flair for audiences today. Both have also been going strong in the industry for nearly two decades now. What else do they have in common? Their new single "Bedroom Calling." The two entities get together for the song, from their upcoming album Head Over Heels, and it is unsurprising a funky, '80s-leaning jam that'll make you want to hit the dance floor.

The track begins with bright piano chords accompanied by synth rhythm guitar as Dave 1 leads off with the song's chorus. However, surprisingly, it's Dream that gets most of the vocal time on the song. He flirts a good game with verses that are packed with come-ons before cutting to the chase on the bridge. “You know that I want you, girl,” he sings. “You know that I need you / You know that I care / I could be anywhere, but I wanna be here with you / My mind’s here and there, but I wanna be with you.”

The song is really a seamless collaboration, but perhaps that's not a coincidence. “We’ve been obsessed with The-Dream since ‘Fast Car’ from his first album,” Dave 1 said of the collaboration. “To us, he’s a modern-day funk auteur, like Prince or El DeBarge. This song pays homage to our favorite work of his.” Interesting.

A release date for Head Over Heels hasn't been set just yet, but in the meantime, Chromeo has announced an international tour set to kick off in April in support of the project, the dates for which can be seen in the flyer below (or you can head to their website). But before you get your credit card ready, check out Chromeo, The-Dream and "Bedroom Calling" right here. 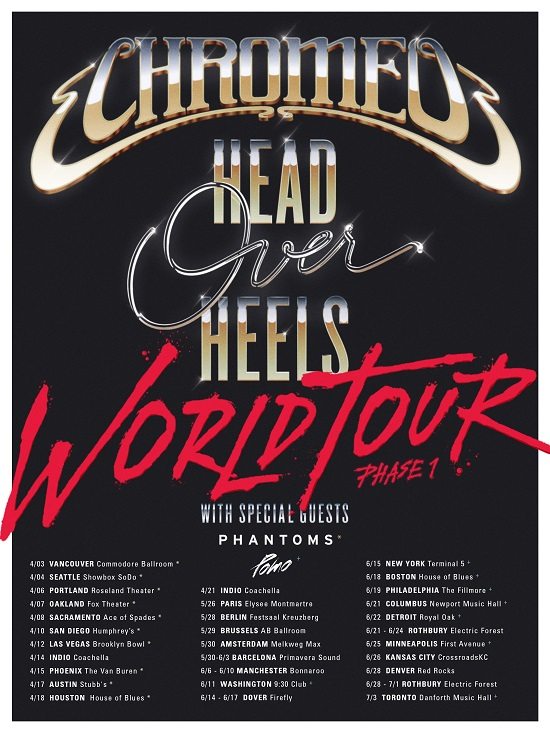 TAGS:  audio, Chromeo, Dave 1, el debarge, prince, the dream
Previous: Chris Dave And The Drumhedz Deliver A Smash With Their Debut Album Next: 112’s Daron Jones Has Something To ‘Say’