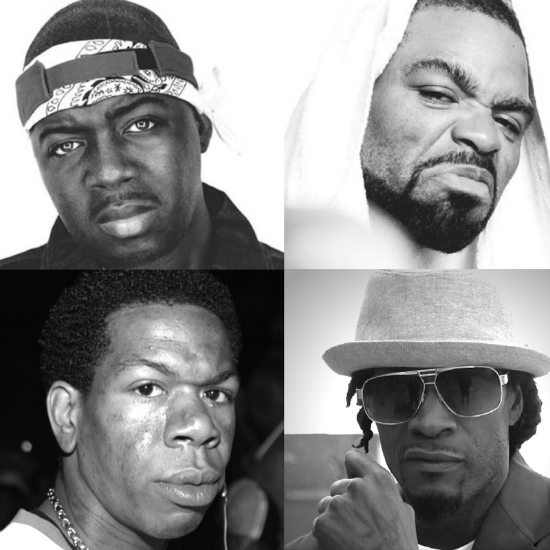 Erick Sermon is giving us a blast from the past, with a new single that could easily fit in the '90s. The Green Eyed Bandit has enlisted the help of fellow emcees Method Man, Craig Mack and Mr. Cheeks for his latest track "Come Thru." The new single comes on the heels of his new album Go, slated to drop this year if his recently-launched Kickstarter campaign works its magic. The track features pure lyrical prowess from the rappers as they trade verses for just over three minutes.

The single starts with Erick introducing himself borrowing Method Man's signature cadence from his eponymous Wu-Tang Clan song and spitting hot fire. Mr. Cheeks, who also provides the track's hook, takes the mic next and uses his raspy voice to add grit and a witty verse to the mix. Craig Mack grabs the rap baton next and doesn't miss a beat as he raps about his talent being the greatest. Method Man closes out the freestyles with a steady delivery and arrogant flair. This collab has an old-school, hip-hop vibe but sounds as fresh as ever with Sermon, Meth, Mack and Cheeks still rocking the mic right.

Erick Sermon is gearing up for his new album, which features Pharrell Williams, Ghost Face, Redman, Styles P, Too Short, Big K.R.I.T., Devin The Dude, Rockwilder, Rico Barrino and Kid Capri. He hopes to raise $60,000 to finish the album, having completed 8 out of 11 tracks thus far. Along with finishing Go, Erick also wants to build Def Squad Records and create a new video production arm with filmmaker Shock B. After you nod your head to "Come Thru," watch Erick Sermon explain his vision and contribute to his movement on Kickstarter.