Kali Uchis, Tyler, The Creator & Bootsy Collins Remind Us That Better Days Will Come ‘After The Storm’ 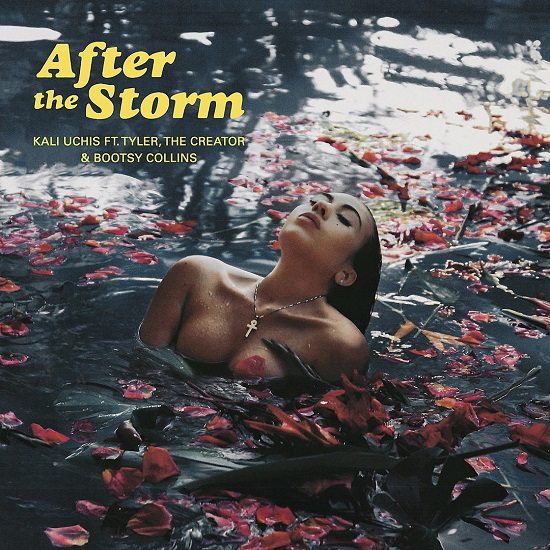 After spending the past few years building a solid following, it looks like 2018 is going to be a banner year for Colombian-American singer Kali Uchis. Her multi-cultural appeal recently earned her Latin Grammy and GRAMMY nominations thanks to high-profile collaborations with Daniel Caesar and Juanes. Plus, she's already scheduled to perform at some of the year's biggest music festivals including Coachella and Bonnaroo. Now, ahead of her upcoming full-length debut Fool's Paradise, she releases her first new music of the year, "After the Storm."

The slinky throwback, which follows previous album teasers "Tyrant" and "Nuestro Planeta," features longtime collaborator Tyler, The Creator and funk pioneer Bootsy Collins. Driven by a sexy bass line, smoky drums and brimming with lo-fi charm, courtesy of production by BADBADNOTGOOD, we're loving everything about this downtempo groove. Kali's dreamy vocals offer tough love and sound advice declaring, "So if you need a hero, just look in the mirror / No one's gonna save you now, so you better save yourself / And everybody's hurtin', everybody's goin' through it / But you just can't give up now, 'cause you've gotta save yourself."

She further expounds on the inspiration behind the song, saying, "...We have to go through the bad stuff to truly get to the good. Just because you’re losing at the moment doesn't mean you've lost yet. The storm may be scary now but it’s how your flowers bloom later, and paradise is just beyond the rainbow.” Sounds like Ms. Uchis knows of what she speaks. Purchase your copy of "After the Storm" and visit Kali's website for a full schedule of upcoming tour dates, both solo and alongside Lana Del Rey.