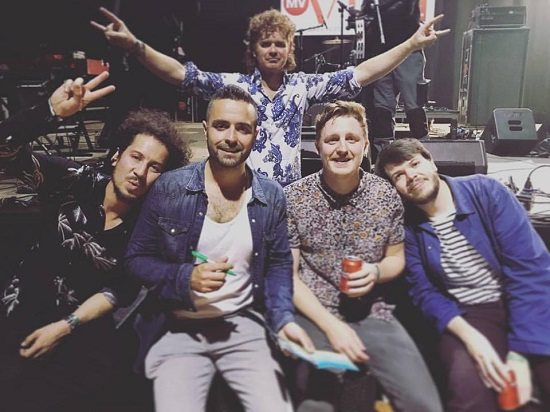 Mamas Gun has come a long way since we first named them Bounce-Worthy way back in 2009. Though they've undergone a few changes over the years, including some switches in their lineup, one thing that's remained constant is their unique, soulful sound. This year, they're returning to give us more of the soul that we've been looking for with their upcoming album Golden Days. Ahead of its release, we're getting an awesome preview with their breezy new track "London Girls."

It's hard not to love "London Girls" from the very first notes. It kicks off with uplifting horns that are placed atop funky bass and rhythm guitar, calling back to some of the classic funk and soul of yesteryear. With all that goodness going on, the band's frontman Andy Platts slides into the mix to pay tribute to girls of the best-known city in the U.K. Not only does he pay tribute to their looks, style and attitude, he also makes sure to point out their work ethic and trailblazing ways. The song also serves as a tribute to the city itself.

“I wanted to write a London song,” said the Mamas Gun frontman. “For most of my career, I’ve been making American-influenced music, so it’s nice to do stuff that kind of points to where you’re from — having something with ‘London’ in the title without it being too tongue-in-cheek.”

The quintet's Golden Days is set to arrive on May 18th, with the band doing a special pre-release show for the album at London's The Social on February 8th. But before we get all that, you can take a listen to their soulful single "London Girls" below.