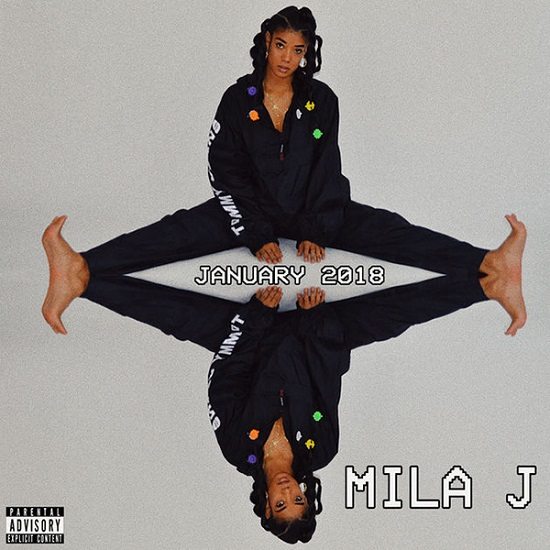 Mila J has proven to be quite the prolific artist over the years, with the singer releasing a project (or two or three) nearly every year since 2012. 2018 looks to be no different, as she dropped her new EP, January 2018, barely a week into the year. The EP perfectly fits the month's chilly weather and mood, as she offers six acoustically driven tracks that showcase the not-so-sweet side of love and relationships.

The set appropriately opens with the track "Happy New Year," which finds Mila lamenting over acoustic guitar about a love that didn't make it to December 31st. Second track "Coldest Shoulder In The West" is slightly more upbeat, with a peppy guitar line accompanying a story about texts from the ex and just how cold Mila's breakup game is. Third track "Disclaimer" is actually a short interlude that serves as a preface to the next song. "Picture this first before you judge me," she sings. "When we took this picture we were in love." It's the perfect segue into "4 Pictures Away," on which she boldy lets a persistent ex know that if he sends her just a few more pictures of them from yesteryear, he's gonna see the rougher side of Mila. "By A Show Of Hands," on the other hand (see what we did there?), has Mila speaking to the crowd as she requests, "One hand up if you've ever had your heart broke / Two hands up if you're heartbroken right now." Final track "Missed Call" is the most surprising track on the EP, mainly because it doesn't feature Mila at all. Instead, we're greeted by a male voice that sounds a lot like Marques Houston (whom at one point was rumored to be Mila's boyfriend) singing about how much he misses her.

With none of the songs clocking in longer than three-and-a-half minutes, January 2018 keeps it brief yet shows promise of possibly more to come. If you're feeling a bit sore about love or want some music to fit the moody January weather, we suggest you give it a well-deserved spin.