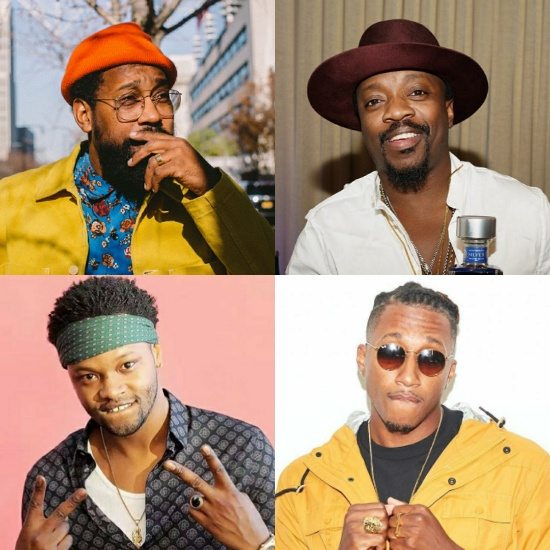 If you happened to catch The Tonight Show Starring Jimmy Fallon last night, then you were greeted with the melodic sounds of our main man PJ Morton throughout the program. PJ sat in with The Roots all night, and although he didn't get to perform full songs on-air, he made the most of his short time leading into and coming out of commercial breaks. He poured his heart and soul into his brief performances of songs from his GRAMMY-nominated album Gumbo as the world famous Live Show Killer is known to do.

Speaking of the GRAMMY Awards, Morton is nominated this year for Best R&B Album and Best R&B Song for "First Began," and he'll be in New York City later this month vying for the coveted statues. That's not all that PJ will be doing while he's in NYC for the GRAMMYs. Earlier this week he announced across social media that he'll be recording a live album, Gumbo Unplugged, and sent his fans into a frenzy to RSVP for the free event after seeing the list of artists who'll be rocking the mic with him. Joining PJ Morton to record Gumbo Unplugged will be fellow nominees Anthony Hamilton and The Hamiltones, soul man BJ The Chicago Kid, rapper Lecrae, songstress Yebba, trumpeter Keyon Harrold and The Matt Jones Orchestra led by Matt Jones. Expect BJ and The Hamiltones to break out into a rousing rendition of "Everything's Gonna Be Alright" with PJ and to hear him and Lecrae kill it on the "Religion (Remix)" with many surprises to be heard along the way. With all this talent on one stage, it goes without saying that this event is going to be lit and the talk of GRAMMY Week.

PJ Morton's Gumbo Unplugged live recording in New York City will take place on Friday, January 26th at a currently undisclosed location and the RSVP list is now closed. We're hoping to be in the number who get to witness the Live Show Killer in his element, so keep it locked to SoulBounce for updates on the event and project. 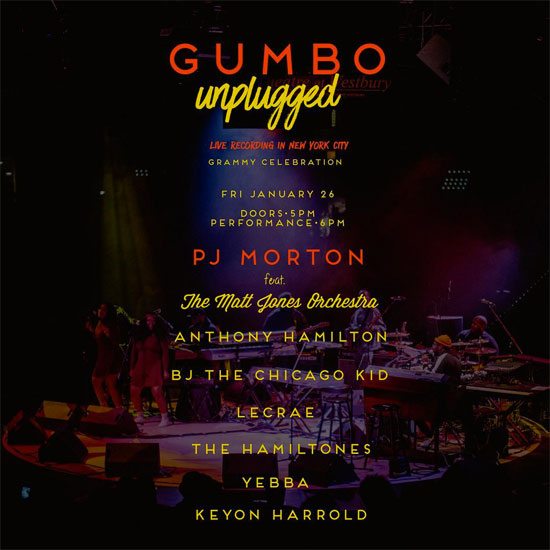