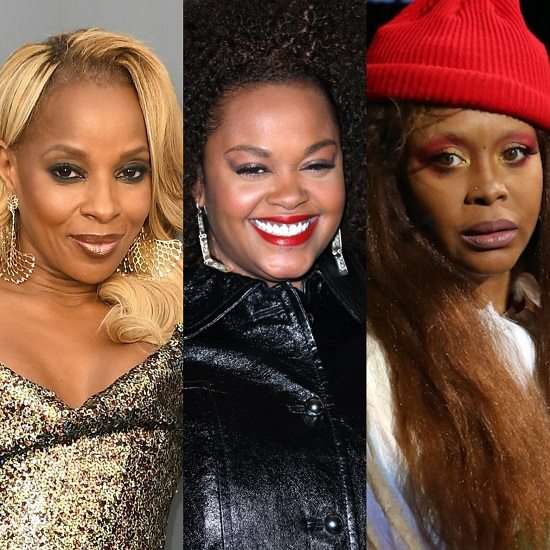 It's the most wonderful time of the year: GRAMMY Week! The entire music industry is abuzz as they prepare for music's biggest night, which is being held in New York City for the first time in 15 years. However, though you would think that all the music news of the week would be about the big show, it's coming from everywhere else — especially the courtroom. First up is Miss Mary J. Blige, who's made Oscars history with her dual nominations. Then there's our girl Jill Scott, whose messy divorce just got messier thanks to a little bit of petty from her soon-to-be-ex-husband. Oh, and we can't forget our girl Erykah Badu, whose recent interview with Vulture landed her in some hot water after she made a comment about a certain genocidal dictator from the past. Of course, we've got more news than that to share, including what's next on the horizon for big homies Snoop Dogg and Childish Gambino, why J. Holiday has beef with the year's most celebrated black female entertainers and why protestors are setting out to cancel R. Kelly. Start spreading the news after you read on.