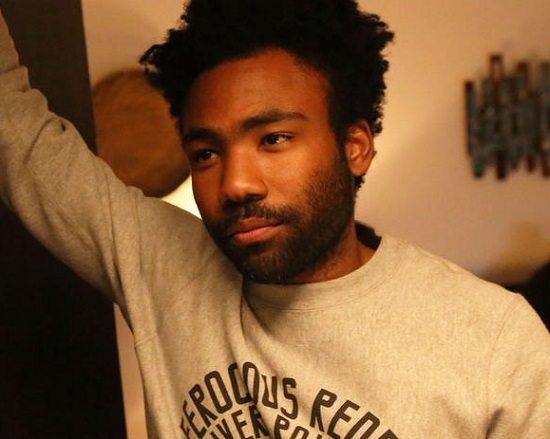 We knew that Donald Glover was a busy man, but we didn't know exactly how busy. On top of making the upcoming Hans Solo Star Wars movie, performing in support of Awaken! My Love, landing multiple GRAMMY nominations, filming a new season of his hit series Atlanta, being cast in the upcoming live-action remake of Disney's The Lion King and who the hell knows what else, the multi-hyphenate also found time to become a father for the second time. Glover and his girlfriend, Michelle, secretly welcomed their second child, which he revealed to Entertainment Tonight while at a Television Critics Association panel for FX. He was, of course, fairly vague about his new bundle of joy, only speaking about his girlfriend's well-being, saying, "She's great. She's good. Baby's born, so she's happier now." Hmmph. In other Donald Glover news, his Childish Gambino altar ego has been tapped — along with Pink, Lady Gaga and Little Big Town — as one of the first wave of announced performers at this year's GRAMMY Awards ceremony. It was also recently announced that the second season of Atlanta, which is titled Atlanta Robbin' Season, will premiere on March 1 at 10 p.m. EST. #Congrats #EverythingsComingUpDonald