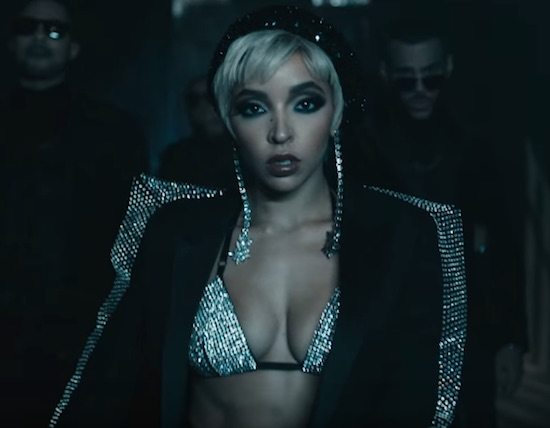 Tinashe has been trying to get audiences excited for the release of her much delayed sophomore album, Joyride. Her latest attempt to get things popping is new single, “No Drama” featuring Offset of Migos. The song checks off all the boxes of the classic formula to get someone’s career back on track: An on-trend song produced by a well-known producer such as Stargate; a feature from another artist who has the sauce, the juice or is on the wave; and, now, a grandiose video.

The video for “No Drama” takes place in a location generally known for drama: prison -- a seemingly underground one filled with models and dancers. Tinashe and her entourage strut through the halls of the dimly lit correctional facility. However, the concept for the video seems very loose. The visual is less about telling an actual story or expressing a theme or even rehabilitation, than it is about Tinashe showing off a few glam looks, delivering a variety of 8-count dance moves and Offset doing some hard-rapper posturing. The dark and dank backdrop highlights Tinashe’s collection of glittery rhinestone-studded outfits and Coke bottle frame. Given that the song doesn’t have much substance beyond being the biggest and baddest thang in the trap, it works.

“No Drama” is the umpteenth single released in anticipation of Joyride. Previous singles have ranged from the slight slay of “Company” to the poppy but forgettable ballad “Flame.” Joyride will be the follow-up to Tinashe’s debut album, Aquarius. In addition, Ms. Kachingwe has released a few mixtapes, including last year’s surprise project, Nightride. Here's hoping the 50-eleventh time is the charm.


TAGS:  Migos, Offset, stargate, Tinashe
Previous: Jamiroquai Brings The Heat On ‘Now We Are Alone’ Next: Justine Skye Finally Steps Into Her Own Light With ‘Ultraviolet’