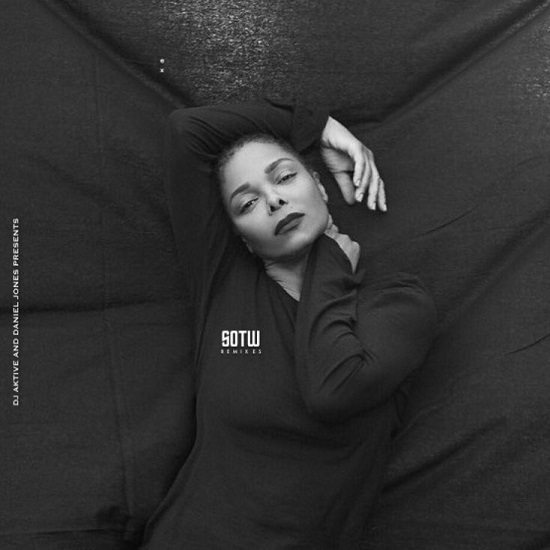 Team SoulBounce was definitely in the number to catch Janet Jackson's amazing State Of The World Tour. As usual, she put on a show to end all shows, giving the audience 150 percent every night and making sure they got their money's worth. Alas, the tour has come and gone (at least the North American leg) and we're left with memories of the magic moment. Perhaps sensing the withdrawal many fans were experiencing, Janet's tour spinner DJ Aktive and music director Daniel Jones linked up to bless us with a touching Valentine's Day present with their mixtape SOTW Remixes.

Just as the title suggests, the mix finds the two taking us through a few of the songs Janet performed during the tour and giving them the remix treatment. Some of the remixes we, of course, remember from the tour, such as the "What Have You Done For Me Lately?"/"Bodak Yellow" mashup that had the internet's tongues wagging. But rather than giving us Janet's classic hits comingled with obvious choices the mixtape throws some curve balls as well. After starting things off a remix of "BurnItUp" that sounds like it spent some time in Rio De Janeiro, we're hit with jam after reimagined jam. It's not just Janet that gets shine, though, as classic (and not-so-classic) tracks by Missy Elliott, G-Eazy, Too Short and even Erykah Badu are mashed with Janet's own chart toppers. Highlights, you ask? Well, there's the mashup of Aaliyah's "Rock The Boat" and Janet's "That's The Way Love Goes" that drove crowds crazy during the tour. There's also inventive, original flips and a few unexpected moments (who would have thought to mix "Funny How Time Flies" with "Love Of My Life"?). All in all, this is a dope mix that should tide fans over until Janet hits festival stages this summer.

If you've got an extra hour (hell, even if you don't), stop what you're doing and take a listen to what DJ Aktive and Daniel Jones do with some of Janet's dopest cuts below.