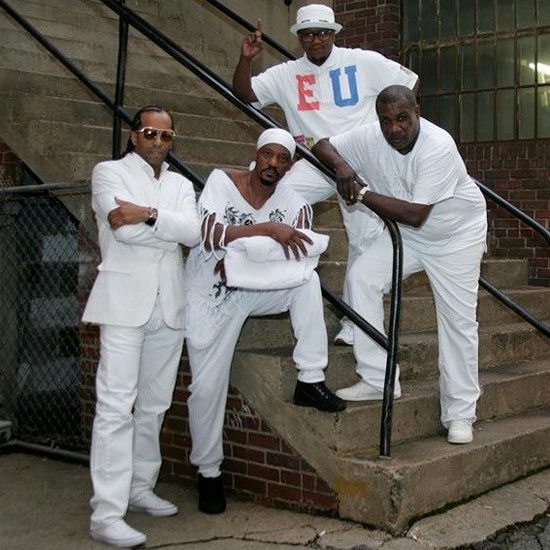 If you talk to the average person anywhere in the world and ask them to reveal the first thing that comes to mind when they think of Washington, D.C., odds are, they won't say "music." Yet, Chocolate City is the birthplace of some of our greatest musical legends in jazz (Duke Ellington), soul (Marvin Gaye), gospel (Richard Smallwood) and more. Beyond that, District musicians developed the distinctive style that became known as go-go music. No one, and we mean NO ONE, does go-go like homegrown artists. The Godfather of Go-Go, Chuck Brown, was the first to break out in a major way with his classic, "Bustin' Loose." It would take another decade before go-go would make a similar impact on the industry.

In 1988, Spike Lee debuted his HBCU-centered film School Daze. As with any Spike Lee Joint, music played a major role and the undisputed star of the soundtrack was a song entitled "Da Butt" by D.C. go-go band Experience Unlimited (better known as EU). The party jam became a cultural phenomenon and transformed the group's status from local celebrities to bonafide superstars. Now, in conjunction with the 30th anniversary of School Daze, EU has announced the making of Doing "Da Butt", described as "a feature film that tells the true story of a local band who found their way to the No. 1 spot on Billboard and worldwide sales."

In addition to serving as a biography of the musicians who make up the band – like lead singer/bassist Gregory "Sugar Bear" Elliot and lead drummer/producer Julius "JuJu" House – the Howard Gibson-directed feature-length documentary is also a love letter to D.C.'s contribution to music history. As JuJu puts it, “The vision of the film is to create a movement to forever preserve the legacy of go-go music.” It will be a groundbreaking project as he further explains, “This will be the first film produced in the D.C. metropolitan area independently.” Naturally, the hometown love will extend to the soundtrack as well. We can expect to hear a diverse line-up of DMV artists representing all genres, including Wale, Tank, Shy Glizzy and much more.

According to a press release, "The official crowdfunding campaign will launch March 15th with a goal to engage and focus the DMV community to tell our own stories.” We'll be keeping our eyes and ears open for more details, but in the meantime, take a trip down memory lane with the "Da Butt" video below, then prepare to get your backfield in motion to support this project.