JAY-Z-Produced Docuseries ‘Rest In Power: The Trayvon Martin Story’ To Premiere In July 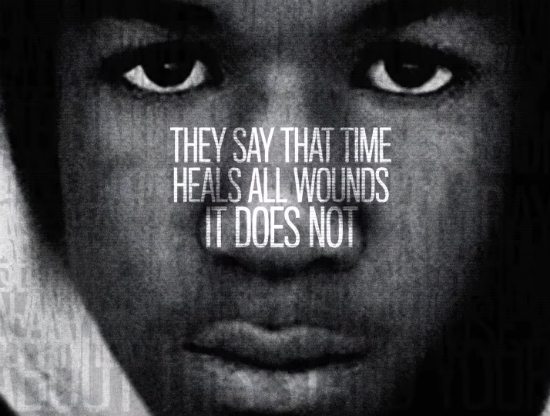 After co-executive producing the gripping docuseries Time: The Kalief Browder Story, JAY-Z has reteamed with Paramount Network to next share the untold story of Trayvon Martin six years after his untimely death. The 17-year-old's 2012 murder in Sanford, Floria sparked the Black Lives Matter movement and placed the spotlight on racial tensions brewing across the country. Paramount just released the teaser trailer to Rest In Power: The Trayvon Martin Story, which explores race, politics, power, money and the criminal justice system. The six-part, non-scripted docuseries explores Trayvon Martin's tragic story and is based on the book Rest in Power: The Enduring Life of Trayvon Martin by his parents Sybrina Fulton and Tracy Martin.

The black-and-white teaser is comprised of headlines written in bold text that ultimately come together to form Trayon's face and voice-over commentary surrounding the case. The brief video then ends with a poignant statement from Trayvon's mother: "They say that time heals all wounds – it does not."

JAY-Z serves as the executive producer of the series alongside his parents, Chachi Senior, Michael Gasparro, Jenner Furst, Julia Willoughby Nason and Nick Sandow. Watch the trailer for Rest In Power: The Trayvon Martin Story before it premieres this July on Paramount Network.