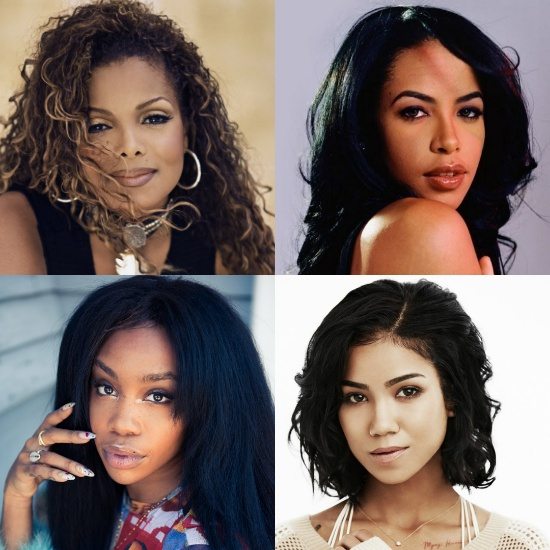 If you're looking for some tasty tunes to set the tone for your Valentine's Night, our resident mixologist dj harvey dent has got you covered with his Close Encounters mix. But if things go really well and the night extends til the break of dawn, you'll want to make sure your playlist is fully loaded. Allow us to suggest a couple of tempting freebies from producer Jarion Alexander, aka JAYBeatz. The talented remixer has come through with two mashups that we never knew we needed.

First up is a titillating synthesis of Janet Jackson's "That's The Way Love Goes" and Aaliyah's "Rock the Boat." Appropriately dubbed "That's the Way You Rock the Boat," the track is a potent musical aphrodisiac that will enhance the mood and add some sizzle to your play time. The original songs are alluring in their own right, and in lesser hands, a fusion like this could've proven too much of a good thing. But we have to give JAY his props for the way he approached this, finding the perfect balance between the sultry divas and creating a seamless ebb and flow from one track to the next.

If you're not quite ready to bring the boat back to shore, Beatz delivers a wavy SZA and Jhené Aiko mashup named "Still Love." While "Broken Clocks" isn't a love song per se, pairing it with "While We're Young" coats it with a layer of sweetness. Don't get it twisted, though, this isn't syrupy. The ladies smolder with alt-R&B soulfulness that will entice and inspire some creative ways of showing affection. An unexpected splice of Kendrick Lamar's "LOVE." adds to the enjoyment before the track comes to a satisfying end. Stream both songs below and head to JAYBeatz's SoundCloud page to download your free copies before they're gone.