Kandi Burruss Is Over ‘Fake People’ 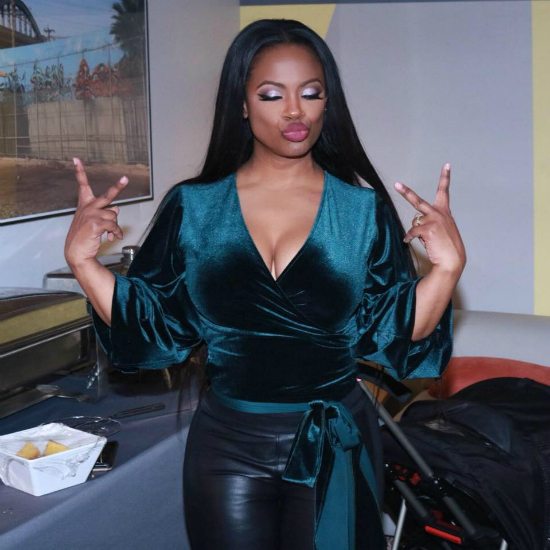 Kandi Burruss isn't here for people's shenanigans, tomfoolery and all-around f**kery, and she put her feelings to song to make her point clear in the track "Fake People." The Real Housewives of Atlanta star may be serenading her co-stars on her latest track where she addresses a certain few who can get the middle finger at any moment. She could also be talking about the entertainment industry in general, but we could speculate all day. What we do know is that the loosie is her latest solo effort since reuniting with Xscape, essentially letting us know that now she's got the time.

On the bouncy R&B song Kandi sings about all the phonies and users running these streets. "I can't f**k with fake people / They always want something for nothing / But they ain't doing nothing for me / I can't f**k with fake people / Smile in my face no doubt while you plotting on me," she sings. The single proves that Kandi is still good for a catchy hook, giving us the modern day version of TLC's "Case Of The Fake People."

While the other three members of Xscape are recording music sans Kandi as XSCAP3, the singer and songwriter has been keeping herself busy. Along with being a reality TV star, Kandi has several businesses (see: Bedroom Kandi; TAGS Boutique; baby line, Raising Ace and restaurant, Old Lady Gang) and just added Broadway star to her resume now that she's in Chicago. There's only 24 hours in a day, but clearly she's using every second.

If you're like Kandi and you too prefer to keep it all the way real, listen to her latest single "Fake People" below.