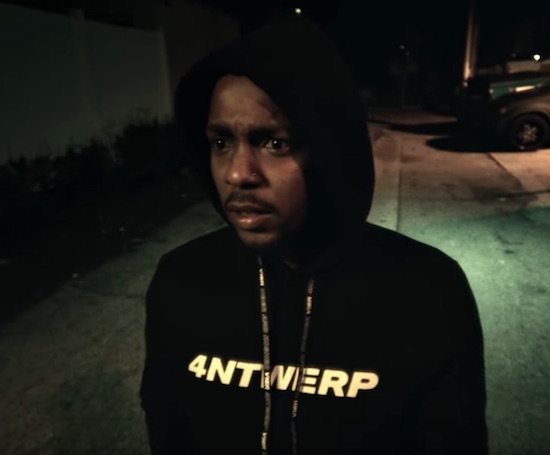 Black Panther, the superhero film we’ve been waiting what seems like our whole lives to see, is finally upon us. And with it, a soundtrack courtesy of GRAMMY Award-winning overachiever Kendrick Lamar and his Top Dawg Entertainment family. While the first single “All The Stars" with SZA was inspirational and gave us all #BlackGirlMagic and #BlackBoyJoy we could take, “King’s Dead” featuring K. Dot, Jay Rock, Future and James Blake gives us a head-nodder to bump as we ride to the theater.

Although “King’s Dead” is a club-ready thumper, the song is more than just a mindless rap song. It serves as a theme for Black Panther villain Killmonger. Kendrick opens the track with a light and bouncy verse full of his usual wit. Meanwhile, Jay Rock lets us know how he’s thriving in a world of ghetto life. Future comes through with a verse that, while not as illuminating or engaging as his co-stars, adds some sauce to the proceedings. James Blake plays a small role, singing one line before the beat switches up.

Whereas the video for “All The Stars” was full of images of African glamour, the visual for “King’s Dead” is a tribute to all things hood fabulous. The clip opens with Kendrick dressed in a red puffy coat eating an elote while sitting high in a palm tree. In the next scene, we see Kung Fu Kenny, Jay and Future Hendrix at a frantic stock brokers office, just chilling while everyone else in the room is going ballistic. Then we see Jay Rock and the crew at a hood strip mall in all of its glory while he's getting his fade tightened up in the barber chair. In the craziest scene, Kendrick pulls up to a customer looking for some street meds, but the transaction goes wrong as our boy might have been set up for the okie doke. Of course, Kendrick ain’t going out without a fight. But just when you thought the shenanigans were over, the clip ends with some fun behind-the-scenes footage as the credits roll.

Directed by Dave Free (aka the little homies) and Jack Begert, the visual for "King's Dead" may not have much to do with Black Panther the movie, but it helps us celebrate black life in its myriad of forms, telling our story from the highs and lows. While the video seems like just a fun homage to all things hood and good, there is also something culturally significant behind each scene.