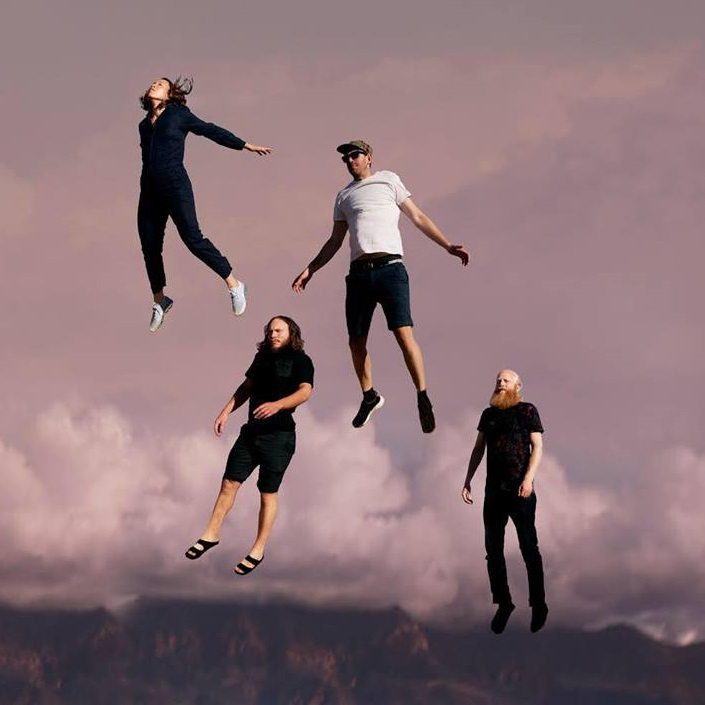 With the quartet having released their album Season High last spring, we weren't really expecting to get any new music from Little Dragon anytime soon. That's why it took us by surprise last fall when the Swedish band dropped "Peace Of Mind" (which had the nerve to be produced by Raphael Saadiq and feature Faith Evans). It looks like the surprise releases don't stop with these guys, as they've dropped off another new single, "Sway Daisy," ahead of their brief spate of North American dates that kick off this Friday.

Where "Peace Of Mind" was steeped in the sounds of neo-soul, an aesthetic quite different from the sound we've become accustomed to from the group, "Sway Daisy" finds them back in their trippy, electronic bag. The mood is set with two slightly ominous synths — one a melody that ebbs and flows, the other a buzzy synth bass that adds a bit of texture. Lead singer Yukimi Nagano's vocal is brought into the mix, offering a needed lightness to balance out the heavy feel of the other elements. She offers, as per usual, poetic lyrics that leave a lot up to interpretation. However, the song's chorus does offer notes of hope that stand out against the song's feeling of despair. "Maybe I'll know someday, someday / Long as I see fire in the night sky," she sings. "Shining on me, shining on all of us / No matter where we're looking up."

You're likely to hear "Sway Daisy" live during the band's upcoming tour, which will find them making stops in San Diego, Phoenix, New Orleans, Atlanta, Orlando and Fort Lauderdale before reaching its final destination in Mexico City. Tickets for the upcoming trek can be found on the group's website. Check out the audio for "Sway Daisy" below and stick around to see their full list of tour dates.