Rapsody Warns Of Consequences In ‘Chrome’ 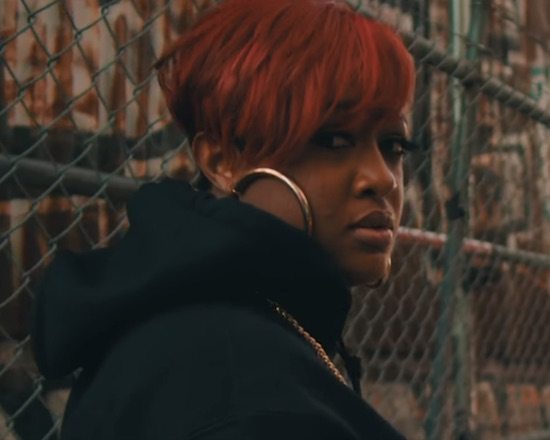 Following the release of the visuals for "Power" and "Sassy" from her GRAMMY-nominated album Laila’s Wisdom, Rapsody gives fans another cinematic treat. For the track “Chrome (Like Ooh)” she solicits the assistance of directors Chad Tennies and Mac Grant to capture the grit and grime of the Khrysis and Ka$h Don’t Make Beats-produced track, which cleverly plays on the dual meaning of the metal in reference to the measure of a black man’s worth. Whether it’s a chrome revolver or chrome rims, the Snow Hill, NC native warns about the dangers of placing value in either as she says, “Boys on the block, told boys on the spot / You gotta a shot youngin’, you ain't gotta get shot / Dangerous to measure a man by the size of his cock / I was told to measure a king by the size of his flock.”

The action-packed video kicks off in black-and-white and shows three gun-wielding young men carjacking a Camaro. We watch the trio take the stolen car for a spin, in between footage of a police officer apprehending a suspect. As the beat changes, the compelling visual changes to full color and we see that the owner of the stolen ride has tracked down the unsuspecting assailants and is now engaged in a full-on shootout. The police officer from earlier approaches firing shots of his own, and we can assume this scene doesn’t end well for anyone.

Get your dose of drama with a message by watching Rapsody’s “Chrome (Like Ooh)” below. We are glad to see Rapsody finally getting the credit her wit and wordplay deserves as she kicks off her European tour this month and is set to rock the mic at the 2018 Roots Picnic in June. Keep up with Rap by visiting her website and be sure to follow her on Instagram, Twitter and Facebook.