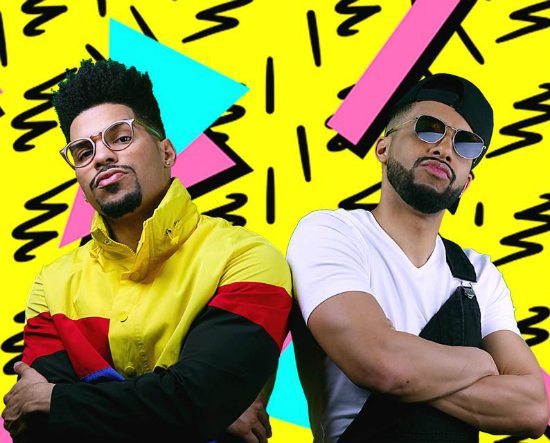 Bruno Mars has been dominating the charts and the radio with his latest single "Finesse" and its remix with Cardi B, so much so that other artists want to get in on the musical magic. While no one has asked for another remix, Solero volunteered as tribute to add their own twist to the song of the year so far. The Puerto Rican duo added the track to their #AcousticFriday collection, where they refix popular songs to their liking. In their version, they keep the same energy and arrangements, throw in their smooth vocals and later catch you off guard with a script-flipping mashup.

In the video for the refix, the duo dons Cross Colours-inspired, '90s gear with neon backgrounds to enhance the nostalgic theme. In the middle of the track, brothers Jonathan Solero and Jean Solero infuse more throwback flair into the song's mix by incorporating a bit of Michael Jackson's "Remember The Time," a splash of Bobby Brown's "Every Little Step" and a line or two from the theme from The Fresh Prince of Bel-Air for good measure.

The L.A.-based brothers have now amassed a lengthy catalog of covers including hits by Justin Bieber, Selena Gomez and Chris Brown. You can watch them all on their YouTube Page, but for right now have an old-school dance ready (we suggest the Cabbage Patch) as you watch them drip with "Finesse."