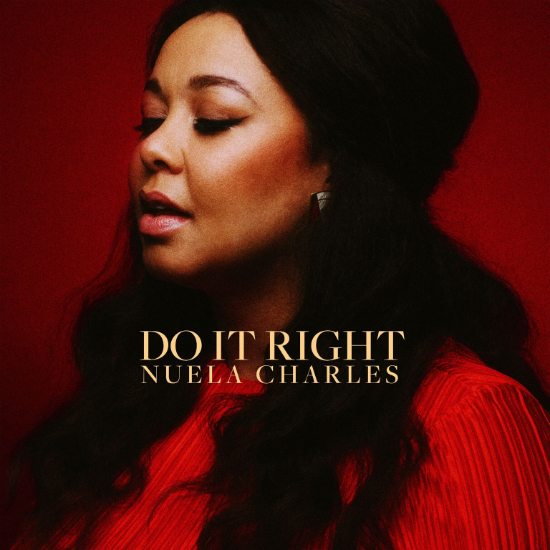 Nuela Charles has been making waves in the music industry since she released her debut album, Aware, in 2012 followed by her sophomore set, The Grand Hustle, in 2016. The Edmonton, Canada-based singer has had numerous songs placed on television shows and in commercials, and she's currently nominated for Adult Contemporary Album of the Year for The Grand Hustle at the 2018 JUNO Awards. The JUNOs will be awarded on March 25th, but Nuela isn't sitting idly by and waiting for the outcome. Instead, she's unleashing a new song entitled "Do It Right," and SoulBounce is exclusively world premiering the fiery tune.

Charles digs deep into her bag of "cinematic soul" for her new single. Produced and co-written by Rob Kleiner, who's worked with CeeLo Green, Andra Day and Sia, the pair creates a sassy song that could soundtrack a big Bob Fosse number. Over a foundation of bass, percussion, guitar and finger snaps, Nuela lays down the law for a potential suitor. She opens the track, singing, "You got me going, got me glowing / Hoping you're devoted / I get this feeling you've been scheming, stealing / Am I dreaming?" She's feeling him something serious, but she's no pushover. Charles challenges him on the chorus, taunting, "Don't play fair, don't play nice / If you're gonna do it, do it right," and gets him right together.

"'Do It Right' came out of a session in Los Angeles with GRAMMY Award-nominated writer/producer Rob Kleiner," Nuela shared with us about the song's formation. "We wanted to create an upbeat, snappy tune that had some attitude. The song is a bit cheeky and basically says 'if you’re gonna do it, better do it right.' So if you’re gonna try and step to me, step correctly." Singing with such strength and confidence, Nuela Charles easily gets her point across.