Taking A Voyage To Wakanda In The 2018 Mitsubishi Outlander SEL 2.4 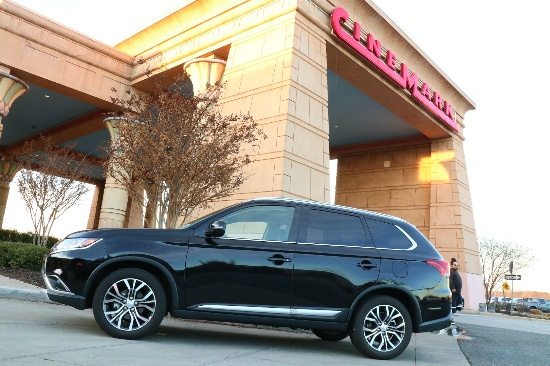 Black history was made this Black History Month with the release of the highly anticipated, widely acclaimed motion picture Black Panther. As the dust settled on opening weekend, it was the number one movie in the world grossing more than $400 million and smashing records. Like scores of moviegoers, Team SoulBounce made our way to Wakanda, but we did it in style thanks to Mitsubishi.

We spent opening/President's Day weekend in a 2018 Mitsubishi Outlander SEL 2.4 S-AWC in Labrador Black Metallic with black leather interior. The sleek crossover was a great whip to spin around the DMV in with a group of friends for a night out at the movies to see Black Panther. Our tickets were purchased weeks in advance and outfits were planned out to a T. Clad in black SoulBounce t-shirts, Ankara fabric skirts, Ghanaian Krobo bead bracelets, headwraps and natural hairstyles, we were ready to roll to the Cinemark Egyptian 24 at Arundel Mills. We connected the Android Auto and pumped up the Black Panther soundtrack by Kendrick Lamar and company on the Rockford Fosgate audio system speakers for the drive.

DMV weather being what it is, the voyage to Wakanda was more like the road to Narnia with a snowstorm trying to impede our journey. However, the Outlander deftly navigated the accumulating snow. Its super all-wheel control was the real MVP, and the heated steering wheel and seats kept us warm and toasty. Safety features like the rear-cross traffic alert and lane change assist had us feeling safe and worry-free. We arrived at the cineplex without incident and easily backed into a parking space using the multi-view camera system. Once inside the ornately-decorated, Egyptian-themed theater, we had a mini-photo shoot in front of the Black Panther display before eagerly making our way to our seats for the feature presentation.

Black Panther snatched our wigs and was better than our wildest expectations. It was the topic of conversation for the entire ride home, and we knew we had to see it again soon – as in two days later. A record-breaking, sunshiny 80-degree day in February seemed like a sure sign to hop in the Outlander, open the sunroof, crank up an Afrobeats playlist and roll back out to the movie theater for round two.

The affordable, fully-loaded and stylish 2018 Mitsubishi Outlander SEL 2.4 S-AWC was the perfect vehicle for our trips to see Black Panther and earned the Wakanda salute. 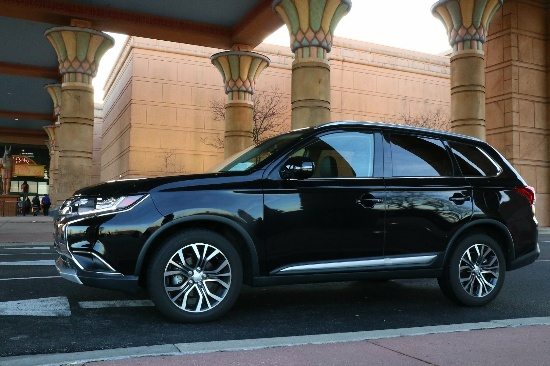