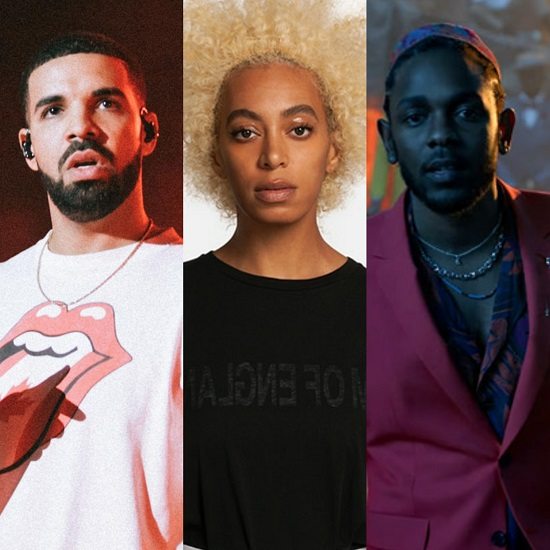 What's up, good people! We know it's Wakanda Weekend and whatnot (#WakandaForever, by the way), but we'd like to interrupt your previously scheduled programming to bring you the latest and greatest that's going on in the music world. That's right, it's another installment of This Week In SoulBounce. We won't hold you long, but we just wanted to tell you what's going on with Drake, who's following up giving back to majorly in his "God's Plan" video with a challenge meant to bring a bit more light into the world. Also letting her light shine bright is soul sista Solange, who is set to receive a major honor from the Harvard Foundation this year. Meanwhile, as black America and the entire world goes to see Black Panther in droves, a Liberian artist is getting litigious as she claims that Kendrick Lamar and Dave Myers ripped off her striking artwork. All that, plus news about Chris Brown's big idea, pregnancy rumors for Cardi B, a potential Black Star album that could be coming our way soon and much, much more. Get your fix when your read on.