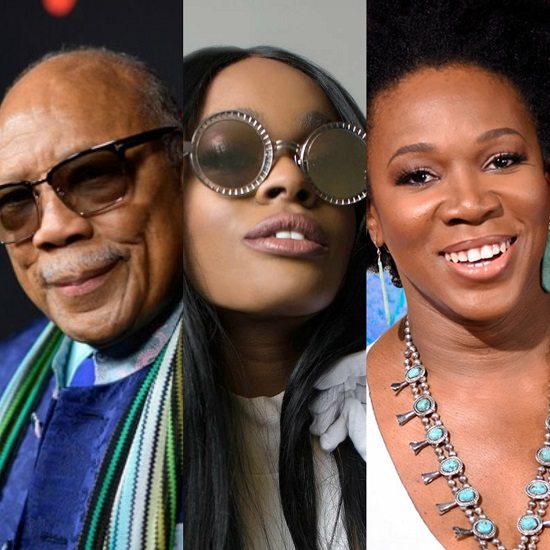 Welcome to February 2018, folks! This year's Black History Month promises to be lit as peak-blackness seems to be at an all-time high (we mean, Black Panther is set to drop in less than two weeks!). And, although the post-GRAMMYs week is usually pretty dry, it seems that folks were all about showing up, showing out and showing their a** as January came to a close and February began. Chief among them is music legend and OG Quincy Jones, who decided to cut the bulls**t and say whatever was on his mind in an extremely candid interview with the folks at GQ. Elsewhere, the problematic-but-talented Azealia Banks had some good news to share for once, announcing that she landed a big-money record deal. Neo-soul chanteuse India.Arie, on the other hand, had some choice words for Recording Academy president Neil Portnow after he intimated that women should "step up" if they wanted to be winners on music's biggest night. Oy vey. All of that, plus news on who Aretha Franklin has tapped to play her in an upcoming biopic, Drake's latest Billboard record and why we could very well be seeing Tisha Campbell-Martin and her Martin co-stars on our screens again.