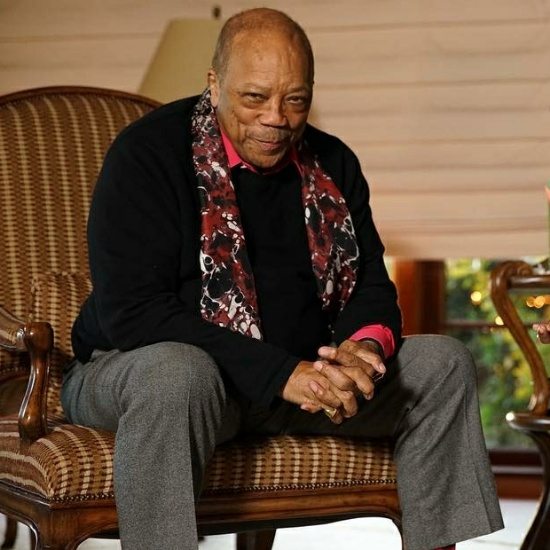 Quincy Jones Gives It To 'GQ' Straight, No Chaser

We respect and admire music icon Quincy Jones for many things — including his own groundbreaking music career as well as his production prowess — but our new favorite quality about the legend is his ability to give not a single solitary f**k. He recently sat down with GQ for a candid interview, during which he gave his unfiltered opinion on everything from Taylor Swift's lack of talent to how tasty Miles Davis' eggs were. Some key takeaways? He wants Donald Glover to play him in an epic, 10-part biopic that he's developing, he has 22 girlfriends spread out all over the world ("Everywhere. Cape Town. Cairo. Stockholm—she's coming in next week," he said at one point during the interview. "Brazil—Belo Horizonte, São Paulo, and Rio. Shanghai—got a great girl over there from Shanghai, man. Cairo, whew.") and Prince once tried to run over Michael Jackson in his car. Honestly, you've just got to read this one. It's never a dull moment. #QuincyGivesNaryAF**k