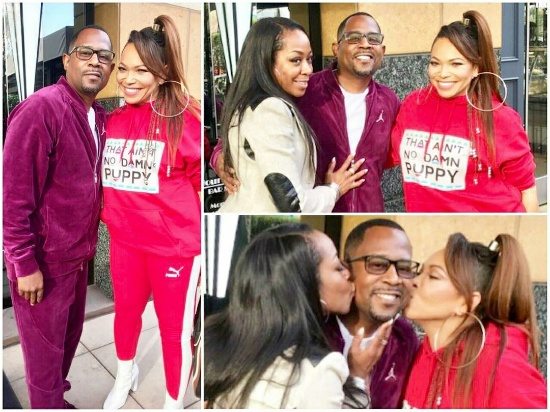 Tisha Campbell-Martin has made another musical resurgence with her recent single "Don't Wanna Be Alone," but could she be reprising her classic role of Gina Waters in a Martin reboot? That seems to be the case if recent rumors, fueled by a meetup between her and her former co-stars Tichina Arnold and Martin Lawrence, can be believed. The trio met up in L.A. and posed for pics for the paparazzi while dishing on the possibility of the show coming back, hinting that fans should "never say never." The most interesting piece of this is that when the '90s sitcom came to end, it was due in part to a sexual harrassment claim that Campbell-Martin made against Lawrence, forcing the two to never be in the same room during the show's final seasons. It remains to be seen if anything will come from this though. #WuzzupWuzzupWuzzupWithThat