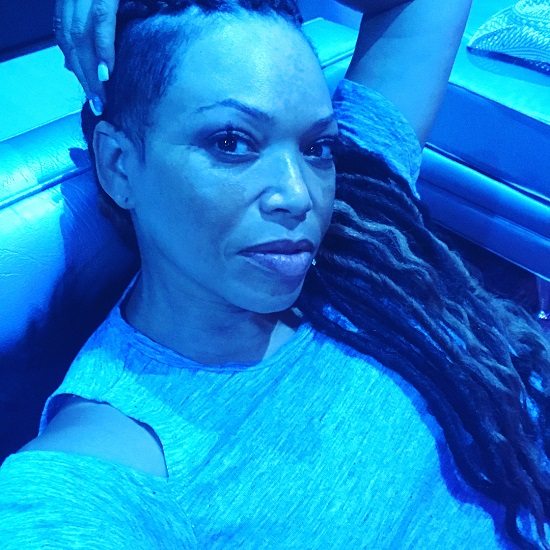 Tisha Campbell-Martin has been the talk of the internet as of late, mostly due to rumors of a Martin reboot and the impromptu reunion between her and her former co-stars Tichina Arnold and Martin Lawrence. But while that is surely something to talk about, Ms. Campbell-Martin knows how to strike when the iron is hot, so she's trotting out the brand spanking new single "I Don't Wanna Be Alone Tonight" to capitalize on her buzz.

Tisha takes us to the islands on the single, not to be confused with her similarly titled song from 1988's School Daze. She's on the prowl for a man and she has her sights fixed on a very particular one — however, she has some explicit requirements. "Can you be that go-to? / Can you f**k with my mental? / Can you give me that work, that work? / Come through when I need you ?" she questions on the bridge. She carries the heat from the verse, transferring to the chorus, where she repeatedly coos "I don't wanna be alone tonight." The electro-meets-dancehall tune gets an injection of hip-hop with a featured verse from rapper Rich The Kid, which doesn't do much for the song if we're being honest. However, Tisha keeps things steamy enough for us to skip over his inclusion. Will "I Don't Wanna Be Alone Tonight" set the charts on fire? Probably not. However, it's another fairly solid single from the "Steel Here" songstress.

"Been singing since I was three years old and music has ALWAYS been my first love," she said in a press release. "I’m so grateful to have been able to work with producer Deezy Baby and GRAMMY Award-winning writer Dave Young. I was able to be in the studio, having so much fun and be worked so damn hard by my very own artist, country singer Dani Wright, who engineered and vocally produced me and then get blessed with a feature by Rich The Kid?! Man!"

This is a busy weekend for Tisha, as her Lifetime movie The Simone Biles Story: Courage To Soar, premieres this Saturday on the network. Looks like everything's coming up Tisha Campbell-Martin. Check out "I Don't Wanna Be Alone Tonight" and peep the songstress cutting a rug to the jam below.