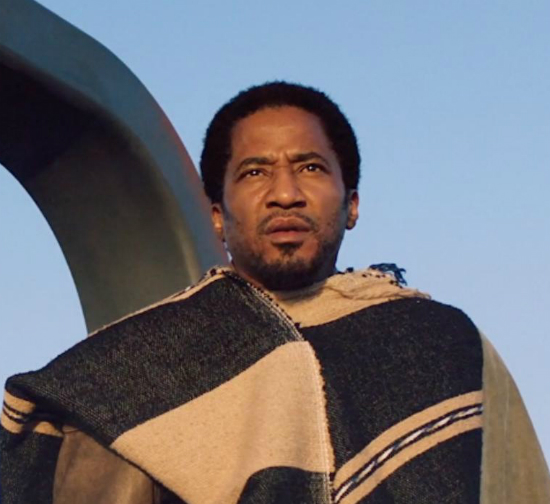 A Tribe Called Quest just released an eight-minute-long video for their single "The Space Program." We teased the group's new visual a few weeks ago, and now they debut the Afrofuturistic visuals as an exclusive to Apple Music. According to the group's recent Instagram post, "The Space Program" video serves as their last, so they're clearly going out with a bang. Directed by Warren Fu, the visuals transport us to a space capsule where we find group members Q-Tip, Ali Shaheed Muhammad and Jarobi White navigating their way through space.

Q-Tip playing chess by his lonesome and later watches clips of riots and racism. Jarobi delivers his verse, decked out in the finest nomadic wear and Ali Shaheed keeps the turntables spinning amidst all the chaos. The video clearly tackles current issues, as we watch Q-Tip play chess with a faceless politician. To commemorate the group's late member Phife Dawg, his verse in the video gets an assist from fellow musicians, including Alicia Keys, Common, Questlove, and more.

"The Space Program" mini-movie coincides with the much-anticipated collaboration between A Tribe Called Quest and Pharrell Williams' Billionaire's Boys Club. Released earlier this month, The Space Program fashion line is currently available on their website. The latest single hails from ATCQ's sixth studio album We got it from Here...Thank You 4 Your service, which they released in 2016. If you have a subscription, you can watch the full music video on Apple Music or check out the new trailer for "The Space Program" below.