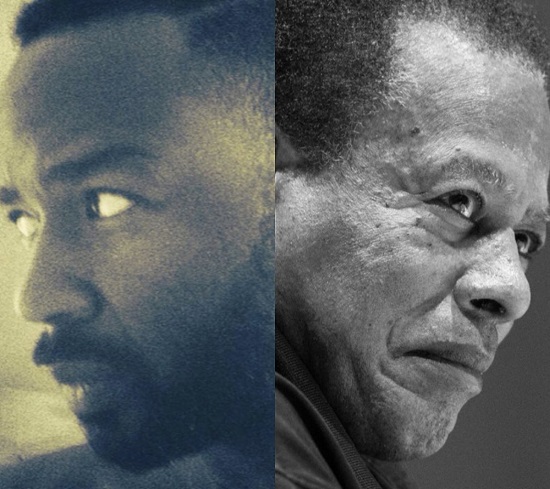 We love when artists practice their craft and let us in on their musical session. Such is the case with musician Ahmed Sirour, who just released his own version of Wayne Shorter's "Infant Eyes." The track is an original composition by the jazz legend from his 1964 album Speak No Evil. Sirour was minding his business when he got the motivation to practice his favorite ballad and started recording each individual section, which leads us to the new release. Adding his own style to the song, which he calls a "rough practice session," he gives us an updated version of an already beautiful masterpiece.

About his inspiration for the song, Sirour explains on SoundCloud, "It's one of my most favorite jazz ballads and one of the most beautiful/romantic/sexiest – melodically – in my own opinion. I honestly did this for no other reason than I love the song, wanted to practice it and figure out what the chord changes were and how it would sound if I played it with a Fender Rhodes electric piano sound." While he only records a short and sweet two-minute rendition of the six-minute original, it's an inspiring listen and testament to Sirour's undeniable talent that will inspire you to keep it on repeat.

When Sirour is not practicing the greats, he's adding to his own artistry. To kick off 2018, Ahmed delivered Black Sun: The Instrumentals, the stripped down follow-up to his summer 2017 release Black Sun. While he only gave away 100 free downloads of his version of "Infant Eyes," you can still stream the track on his SoundCloud. If you want to hear what a rough session sounds like in Sirour's world, press play on "Infant Eyes" below.


TAGS:  ahmed sirour", audio, Wayne Shorter
Previous: Lion Babe Has Even More ‘Honey Dew’ For You To Enjoy Next: Stokley Williams Believes Change Starts With ‘We Me’