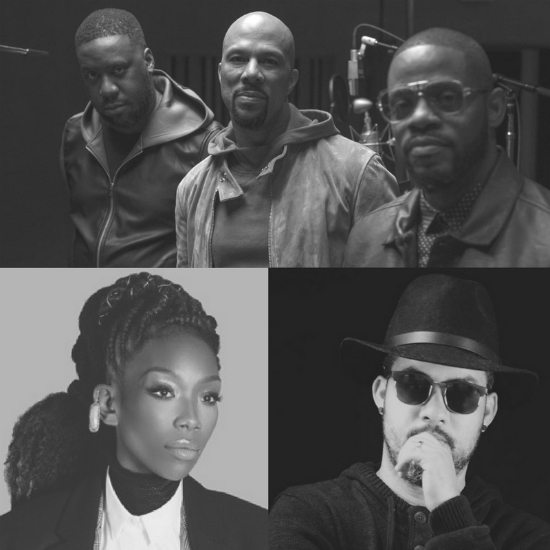 At the top of 2018, Common, Robert Glasper and Karriem Riggins gave us new music in the form of new supergroup August Greene. To formally introduce themselves to new listeners, the fellas collaborated with vocalist Brandy to create their own version of Sounds of Blackness' "Optimistic." Since then they've dropped a video and a viral NPR Music Tiny Desk performance. Adding to our love of this remake is a remix from Dominican SoulBounce fave Ezel.

For Ezel's rework, he shows us just how optimistic he is. Compared to the original, the house version strips away the gospel elements and replaces it with electronic sounds and pulsing percussion. The song's hook gets sped up just a tad, using Brandy's vocals to give you even more enthusiasm. Ezel keeps Glasper's beautiful piano in the background, using it as a highlight as Common spits his bars at a rapid-fire pace. This soulful house flip just makes you want to move and dance your cares away.

If for some reason you're not familiar with Ezel, you should take a gander at his extensive catalog of mixes and remixes. He last delivered a collaboration with Mike City to cap off 2017, so we're more than happy to hear any newness from his direction. For more from Ezel, be sure to peruse his SoundCloud. August Greene's debut album drops on March 9th via Amazon Music, but you can get a first listen of the self-titled album courtesy of NPR Music right now. If you want to get higher than high when it comes to your serotonin levels, listen to Ezel's flip of August Greene and Brandy's "Optimistic" right here and lose yourself in the music.