DAWN Satiates Our Appetite With ‘Hunger’ 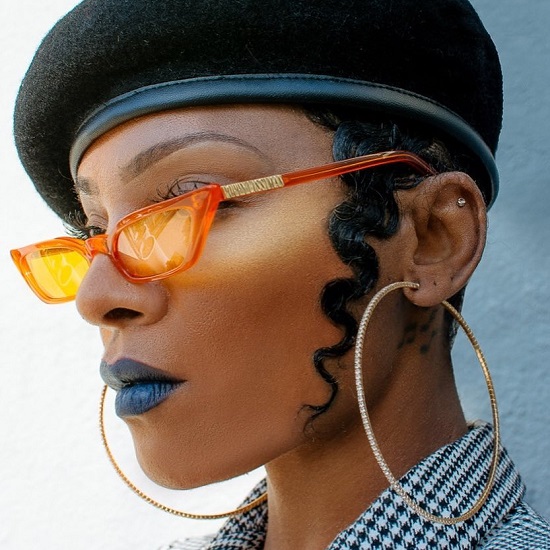 D∆WN has proved that she's not afraid of whatever genre you throw at her over the years. She's also proven to be pretty prolific, especially as of late. Is it any surprise, then, that she's got another new single and she's giving us yet another style we haven't heard her do before? "Hunger" finds the singer, songwriter and trailblazer flirting with steamy deep house vibes and us craving more after our first spin.

D∆WN pulls no punches from the track's opening notes to the song's end. Entrancing chords set the mood as kick drums provide the track's pulse. That's pretty much all she needs as she lays down a breathy vocal as she addresses a reluctant lover who's acting like he doesn't know she's got exactly what he wants. She fights his refusals with confidence, letting him know that she sees his bulls**t for exactly what it is. "Dare you to tell me she better / Dare you to tell me my sex ain't the life changer," she sings at one point. "I'm amazing, s**t / We amazing." While she's expressive in the verses, she keeps the chorus simple, asking one single question: "Do you hunger for me like I do for you?" Quite honestly, we can't see how the answer could ever be no.

As we mentioned, D∆WN has been busy dropping track after track — including "WAVES," "Stopwatch" and "Maybe." But what we really want to know is if all these loosies means that she's cooking up something new in the studio. Until we get a definitive answer, you can check out "Hunger" below.


TAGS:  audio, DAWN, Dawn Richard, Sassieon Dupris
Previous: A Tribe Called Quest Launch ‘The Space Program’ In Their Final Video Next: Seinabo Sey Provides Something To ‘Remember’ Her By