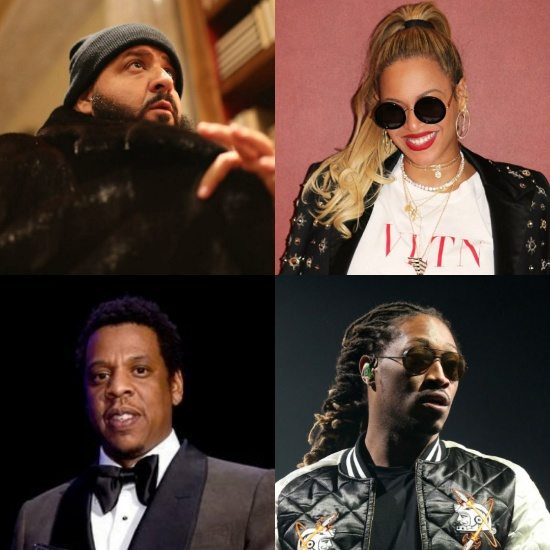 “We the best!” This is DJ Khaled's self-assured catch phrase every time he drops a single, or, as he's also fond of saying, "Another anthem." Like he knows he’s got that new-new and you will indeed bop. Of course, when you’ve gotten JAY-Z, Beyoncé and Future in formation, as Khaled has done on his latest "Top Off," it’s not hubris. The DJ, producer, reality star and motivational speaker has assembled a dream team to put his fans on notice that he’s coming once again to take over the summer. But will his magic work again? Well, with “Top Off” it just might.

“I took the top off the Maybach / I took the top off," Future shouts, opening the track. Jigga takes over and spits a verse about everything from George Zimmerman to having singing contests with his daughter Blue Ivy. His Queen, King Beyoncé gives us a few bars, bragging about her habit of breaking the Internet. Future closes out the track with a short verse that is, well, pretty much him repeating the same things over and over but just in a different way.

“Top Off” will appear on DJ Khaled’s 11th album, Father of Asahd. Khalid teamed up with the Knowles-Carters previously on the radio hit, “Shining,” and JAY and Future on the track, “I Got the Keys.” His previous album, Grateful, pretty much ruled last summer, catapulted by the monster single, “Wild Thoughts” featuring Rihanna and Bryson Tiller. Will this new album give us more of the same? Well, if it ain’t broke, don’t fix it. Peep the track below and let us know if Khaled has given us another one.