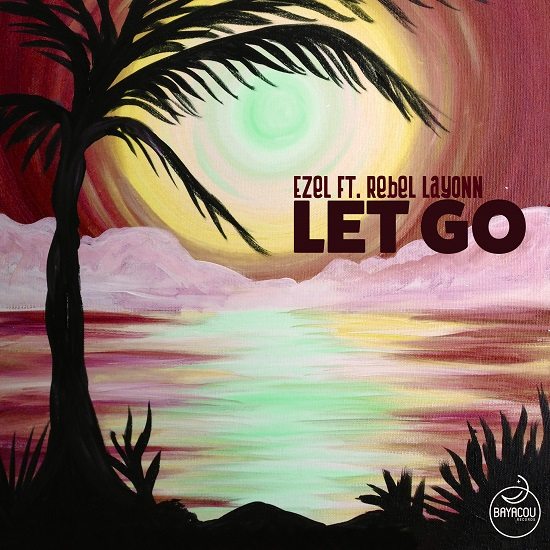 As a highly sought-after producer, remixer, musician and DJ, it would be an understatement to say Ezel maintains a busy schedule. Now that he's running a music label, Bayacou Records, it's a wonder that he has any time to release music of his own. But the talented Dominican hasn't missed a beat, keeping us dancing through recent collaborations like "All This Time" featuring Mike City and a soulful house refix of August Greene and Brandy's "Optimistic."

Earlier this year, he released the EP Anba Dlo, a follow-up to his 2017 Origins project. He introduced the sweat-inducing collection by saying, "An offering of dance can move mountains." Just one month later, he returns with "Let Go" – another track designed to get our bodies moving. But instead of moving mountains, the purpose of this track is to build bridges.

The song is a collaboration with socially conscious, Haitian-bred artist Rebel Layonn. If you know anything about the racial tension between their neighboring countries (which happen to share the same island), you'll understand what makes this such a special partnership. The two musicians first met in 2016 when Ezel was invited to travel to Port-Au-Prince to participate in AZUEI Artistic Movement, a collective of artists from Dominican Republic and Haiti that uses the arts to foster peace and integration between the two sister nations. Distinctively house, yet imbued with reggae rhythms and breezy island vibes, "Let Go" sends a powerful message while giving us plenty of room to come together and dance.

In addition to the "Radio Mix" below, the maxi-single also includes "Original" and "Instrumental" mixes. Head to Bandcamp or Amazon to download your copy of "Let Go" and visit the Bayacou Records website to keep pace with Ezel's music releases. Afterwards, get familiar with Rebel Layonn's Creole-flecked reggae via SoundCloud.